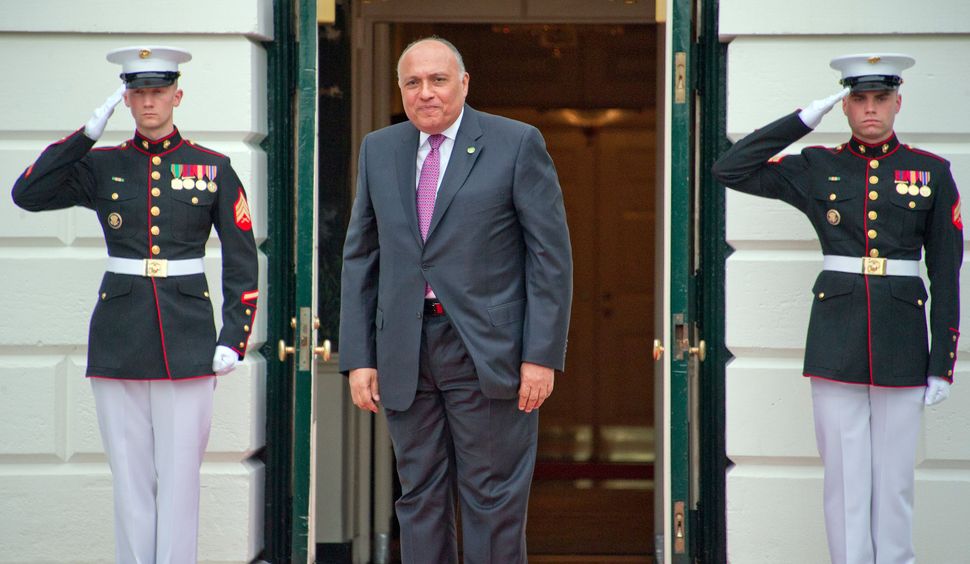 Sameh Shoukry is set to visit Israel in the first visit by an Egyptian Foreign Minister in nearly a decade. Image by Getty

The visit by  Sameh Shoukry  set for Sunday is the first by an Egyptian Foreign Minister since 2007, Netanyahu said Sunday morning at the start of the weekly Cabinet meeting.

“Today’s visit is important from many points-of-view. It teaches about the change that has come over Israel-Egypt relations, including President (Abdel Fattah) El-Sissi’s important call to advance the peace process with both the Palestinians and Arab countries,” Netanyahu said. “The Egyptian Foreign Minister is coming on behalf of the President of Egypt; we welcome him.”

The leaders will discuss Egypt’s recommendations for making peace between Israel and the Palestinians, Haaretz reported.  Shourky visited Ramallah for the first time two weeks ago.

Netanyahu and Sourky were scheduled to meet twice: once on Sunday afternoon and again on Sunday evening.

They also reportedly will discuss coordination between the two countries over the search for  wreckage of the Egypt Air plane, after some was recovered off the coast of Netanya on Thursday.