Philistines Were More Sophisticated Than Given Credit For, Say Archaeologists 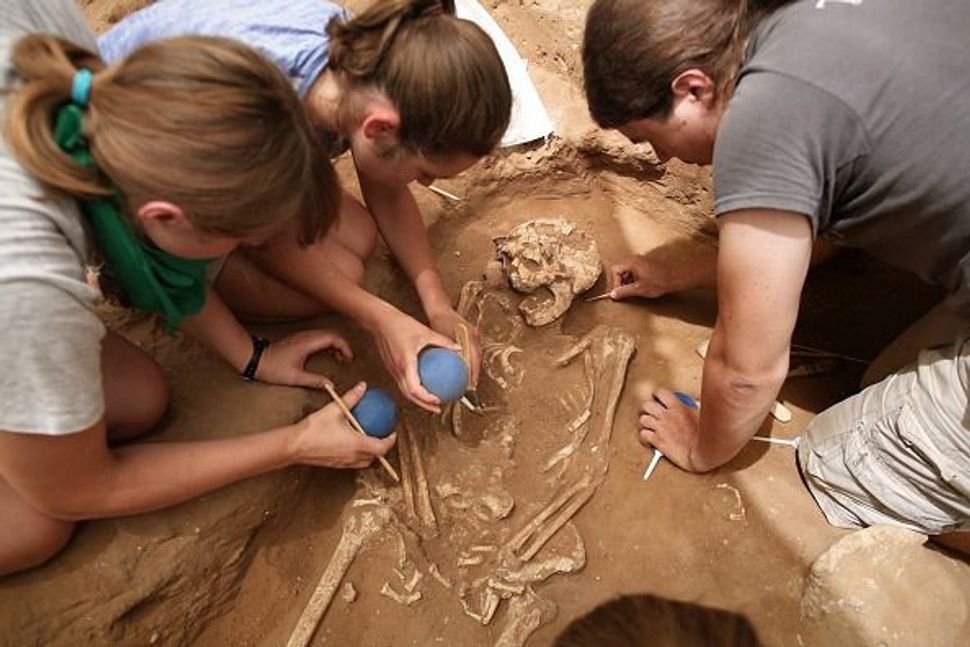 An excavation site in Ashkelon Image by Getty

ASHKELON, Israel, July 10 (Reuters) – Philistines were no “philistines,” say archaeologists who unearthed a 3,000-year-old cemetery in which members of the biblical nation were buried along with jewelry and perfumed oil.

Little was known about the Philistines prior to the recent excavation in the Israeli port city of Ashkelon. The famed arch enemies of the ancient Israelites — Goliath was a Philistine — flourished in this area of the Mediterranean, starting in the 12th century BC, but their way of life and origin have remained a mystery.

That stands to change after what researchers have called the first discovery of a Philistine cemetery. It contains the remains of about 150 people in numerous burial chambers, some containing surprisingly sophisticated items.

The team also found DNA on parts of the skeletons and hope that further testing will determine the origins of the Philistine people.

We may need to rethink today’s derogatory use of the word philistine, which refers to someone averse to culture and the arts, said archaeologist Lawrence Stager, who has led the Leon Levy Expedition to Ashkelon since 1985.

“The Philistines have had some bad press, and this will dispel a lot of myths,” Stager said.

Stager’s team dug down about 3 meters (10 feet) to uncover the cemetery, which they found to have been used centuries later as a Roman vineyard.

On hands and knees, workers brushed away layers of dusty earth to reveal the brittle white bones of entire Philistine skeletons reposed as they were three millennia ago.

Decorated juglets believed to have contained perfumed oil were found in graves. Some bodies were still wearing bracelets and earrings. Others had weapons.

The archeologists also discovered some cremations, which the team say were rare and expensive for the period, and some larger jugs contained the bones of infants.

“The cosmopolitan life here is so much more elegant and worldly and connected with other parts of the eastern Mediterranean,” Stager said, adding that this was in contrast to the more modest village lifestyle of the Israelites who lived in the hills to the east.

Bones, ceramics and other remains were moved to a tented compound for further study and some artifacts were reconstructed piece by piece. The team mapped the position of every bone removed to produce a digital 3D recreation of the burial site.

Final reports on the finds are being published by the Semitic Museum at Harvard University.

Philistines Were More Sophisticated Than Given Credit For, Say Archaeologists