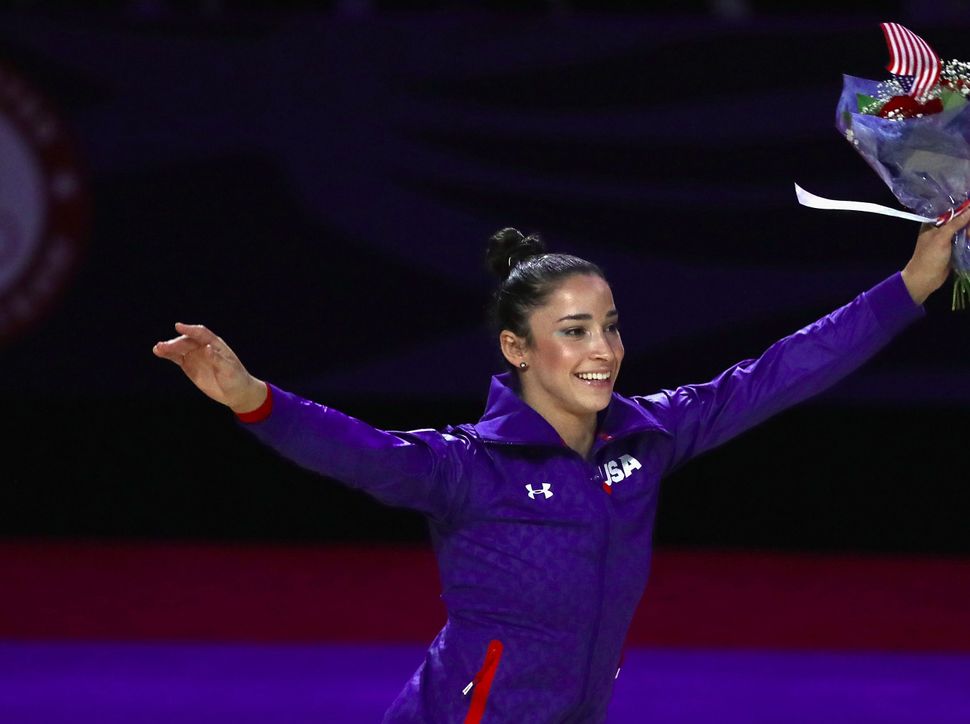 Raisman, 22, will compete in her second Olympics when she heads to the 2016 games in Rio de Janeiro, Brazil. She earned two gold medals in the 2012 games in London: for floor exercise and one as part of the team competition.

The team announced on Sunday is being touted as the most racially diverse. It includes two African-American gymnasts, Gabby Douglas and Simone Biles; a Latina, Laurie Hernandez; Raisman and Madison Kocian.

Raisman posted a photo of the team on her Twitter feed.

At 22, Raisman is the oldest member of the team, which reportedly has earned her the nickname “Grandma.” Raisman and Douglas both competed on the gold medal-winning 2012 Olympic team.

Following the London Olympics, Raisman took time off from gymnastics to enjoy opportunities that had come her way — performing on tour with her teammates, competing on “Dancing With The Stars,” and being a special guest at the 2013 Maccabiah Games in Israel, the global Jewish sporting event.