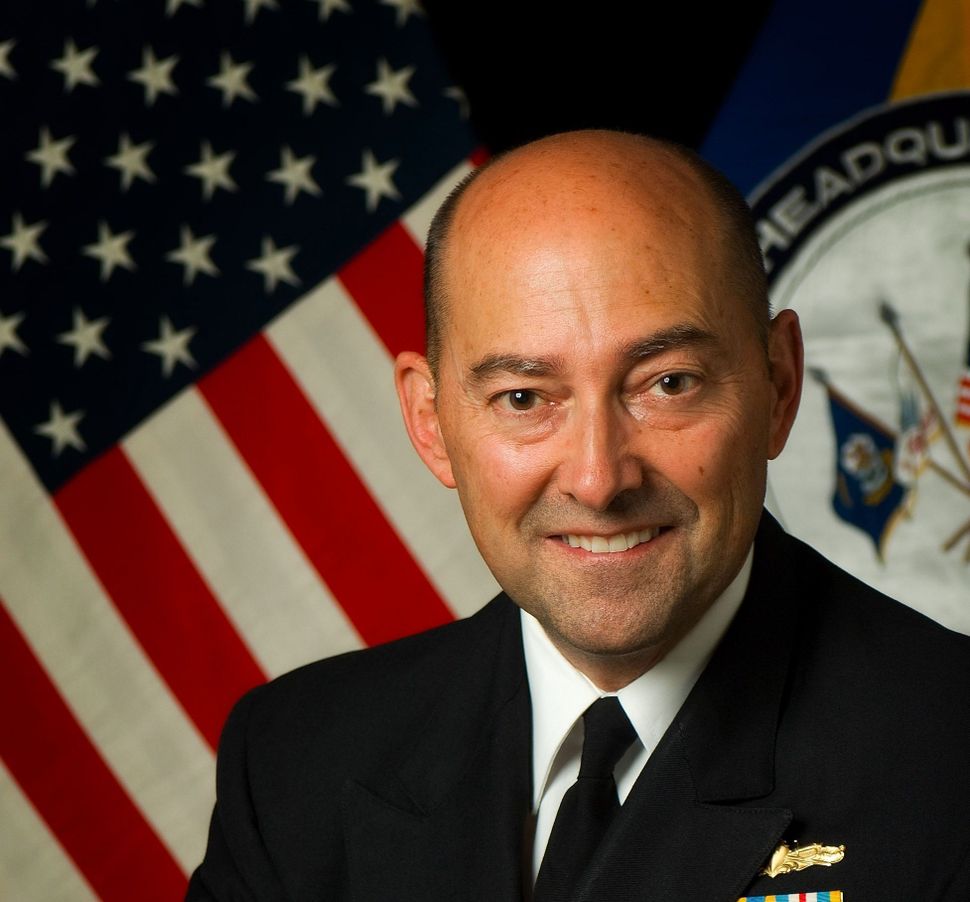 WASHINGTON — A former NATO commander being considered as a running mate for Hillary Clinton has called for a formal U.S.-Israel defense treaty and was sharply critical of the Iran nuclear deal.

James Stavridis, a retired four-star admiral, is being vetted by Clinton’s campaign to join the former secretary of state as she accepts the Democratic Party nomination later this month, The New York Times reported Tuesday.

In his 2009-13 term as NATO commander and as U.S. European commander, Stavridis met frequently with Israelis and forged close ties with the Israeli security establishment. During that time he received a top award from the Jewish Institute for National Security Affairs, a conservative pro-Israel group.

Stavridis retired in 2013 and became a dean at Tufts University in Massachusetts, and has slammed the Iran sanctions-relief-for-nuclear-rollback deal. In 2015, writing in Foreign Policy, he called for a defense treaty with Israel, citing what he said were the weaknesses in the Iran plan.

“We have to think through the execution of the agreement and what steps we can take to mitigate the ill effects of the plan,” he wrote. “At the top of the list should be seriously considering a formal alliance with Israel.”

Israel has resisted past U.S. overtures for a defense treaty, preferring independence when it comes to making security decisions.

Last summer, at the height of the battle led by the American Israel Public Affairs Committee to kill the Iran deal in Congress, Stavridis was the keynote speaker at an AIPAC fundraiser in Boston.