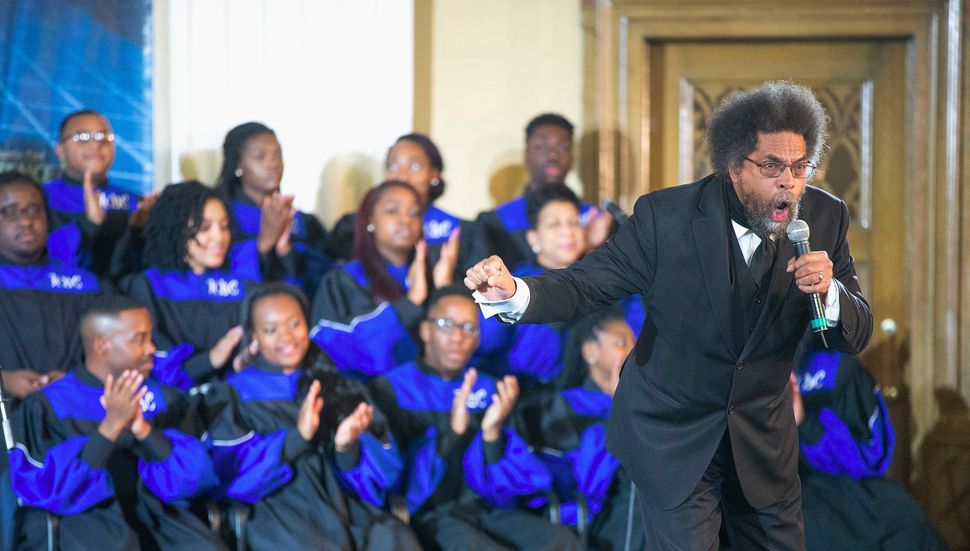 WASHINGTON — Cornel West, whose appointment by Bernie Sanders to the Democratic Party platform drafting committee raised pro-Israel hackles, said he is endorsing the Green Party candidate for the presidency.

“I am supporting Jill Stein,” the philosopher wrote Thursday in The Guardian. “I have a deep love for my brother Bernie Sanders, but I disagree with him on Hillary Clinton. I don’t think she would be an ‘outstanding president’. Her militarism makes the world a less safe place.”

Sanders, the Independent senator from Vermont and the first Jewish candidate to win major party nominating contests, this week endorsed Clinton, the former secretary of state and the presumptive nominee.

Sanders’ had withheld his endorsement until the Democratic National Committee’s platform drafting process was over; he succeeded through appointees like West in getting the committee to approve many of his initiatives, including in the areas of campaign financing, Wall Street reform and the minimum wage.

Sanders’s delegates to the drafting committee made little headway, however, on foreign policy, including on the Israel issue. Bids to call for Israel to end settlement and recognize Israel’s presence in the West Bank as an occupation failed.

West was among the most adamant advocates of those postures; he is a backer of the movement to boycott, divest from and sanction Israel. Sanders’ naming West and two other Israel critics to the committee in May drew the ire of some pro-Israel groups.

Sanders has said defeating Donald Trump is now key, but some of his followers say they will not vote for Clinton.

West as a delegate to the platform drafting committee retains an official role through the convention in Philadelphia later this month. It’s not clear whether his endorsement of Stein, who like Sanders, is Jewish, affects that status.