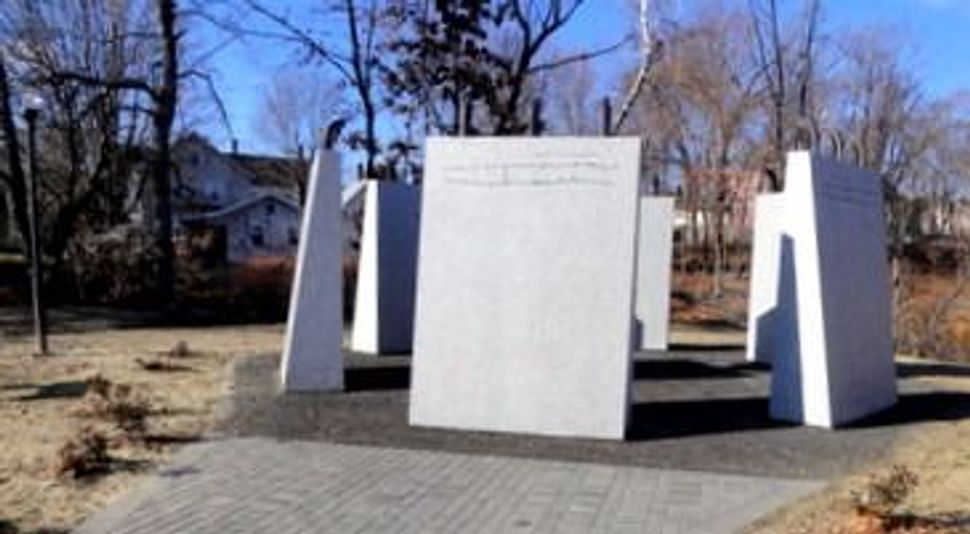 (JTA) —  A person playing the Pokémon Go game on his smartphone discovered a dead human body behind a Holocaust Memorial in New Hampshire.

Authorities were called and dive teams retrieved the body from the water, according to the local station. The victim has not been identified.

The area is located next to the New Hampshire Holocaust Memorial, according to the WMUR television station.

The location has attracted a lot of Pokémon Go players, witnesses say, suggesting it is one of the local landmarks highlighted in the game.

A high-tech scavenger hunt, Pokémon Go takes place out of doors, and sends users to PokéStops — real-life places marked as checkpoints by the game — to get in-game items. The game uses the smartphone’s camera, which records the players’ environment. The characters show up on smartphones, superimposed on the real-life landscape.

“It’s my understand that the person who found the victim was playing the Pokémon game,” Robert Giggi of the Nashua Police Department, told the station.

It’s the second time a body has been found by someone playing Pokémon Go since the wildly popular app’s release in the United States on July 6. Last Friday morning, a teenage girl in Wyoming stumbled across a dead body floating in a river while searching for a character.

On Wednesday, the Auschwitz-Birkenau State Museum in Poland said it is not allowing people to play the game on their smartphones during visits to the former Nazi German death camp because it is “disrespectful on many levels.” Several of the game’s users reported sighting the game’s characters at Auschwitz.