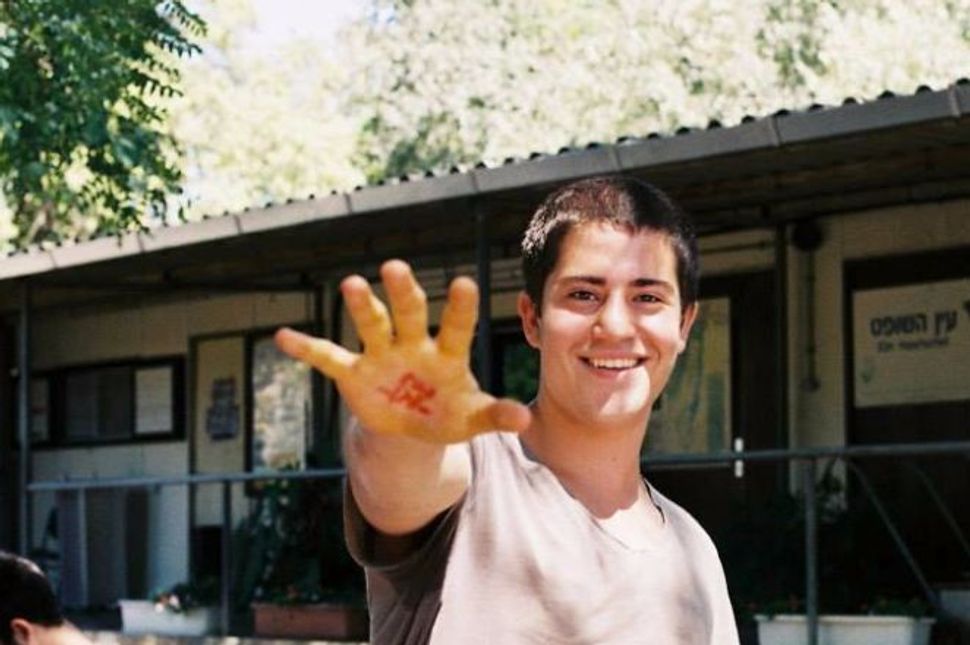 JERUSALEM — Thousands of mourners attended the funeral on Monday for a lone soldier from New Jersey who was killed when a grenade exploded in his jeep in the Golan Heights.

Sgt. Shlomo Rindenow, 20, was one of two soldiers who died in the incident Sunday, which is under investigation by the Israel Defense Forces.

The Hebrew-language news website Walla estimated that 3,000 people attended the funeral in Netzer Hazani near Rehovot in central Israel. Ynet put the figure at 2,000.

On Monday morning, Rindenow’s brother, Jeff, in an interview with Israel’s Channel 2, called on the Israeli public to attend the funeral.

“For most of the course of his [army] service my brother was alone,” he said. “He volunteered to the army because he wanted to be a warrior. We are requesting that at least for his final departure he won’t be alone.”

Rindenow’s parents, Mordechai and Mindy, arrived in Israel on Monday for the funeral. Ynet reported that Rindenow was buried in a non-military plot at the request of his parents, who want to be buried alongside him in the future.

Rindenow has nine siblings, and is one of five brothers who moved from Passaic, a New Jersey city with a large Orthodox Jewish population, to volunteer in the IDF. He spent a year volunteering with a search and rescue organization in Israel. Another brother reportedly currently is serving in a paratroopers unit.

“Shlomo would get into his head that he wanted to do things and then he’d just do them,” his brother Baruch reportedly said at the funeral. “He decided to come to Israel, learn Hebrew within a few months and get into the unit in the army he wanted. And he did it. I admired him so much, and I don’t think I even told him that. I told other people, I bragged about my brother, but I’m not sure if I told him.”

His sister Yocheved reportedly said, “You were wise like your namesake, King Shlomo, wise beyond your years. More mature than all of us. You loved us all so much, and I’m so sorry for what happened to you.

“When Shlomo joined the army, we weren’t even as worried as you would think. He was so responsible that we just assumed he’d be safe whatever he did. You taught us how to live with a pure and open heart. You’re part of our hearts and you always will be. I’m grateful that you were my brother.”

The explosion occurred near Majdal Shams, a Druze village located near Mount Hermon in southern Israel, and killed another soldier. Sgt. 1st Class Husam Tafish, 24, a reservist from the Druze village of Beit Jann, was buried Monday morning. Tafish, the driver of the jeep, reportedly was holding the grenade when it exploded. Three others were injured.

The army said it was not clear why the soldier was holding a grenade. The soldiers were part of a combat engineering corps battalion.