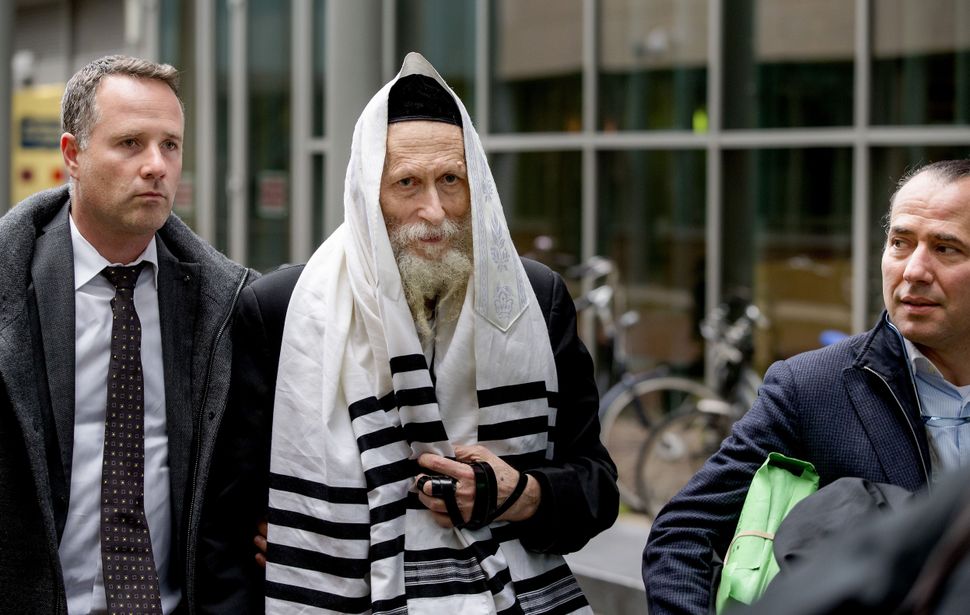 Berland in Haarlem: Rabbi Berland in 2014, in a previous extradition trial in the Netherlands. Image by Getty Images

An Israeli rabbi who has been on the run for years to avoid sex abuse charges in Israel was extradited from South Africa and arrested after he landed at Ben Gurion airport.

Rabbi Eliezer Berland, 79, had hiding out in South Africa for the past year with several of his followers. Since the accusations in 2012, he has also hidden in Morocco, the Netherlands and Zimbabwe. He was arrested in April in Johannesburg.

Berland is founder of the Shuvu Bonim religious seminary in Israel and a member of the Breslov Hasidic branch. About 300 supporters were waiting for him at Ben Gurion Airport, where he was immediately taken away by police, according to reports. Several supporters reportedly also accompanied him on the plane from South Africa to Israel.

Berland, who has been accused of sexually assaulting several of his female followers, has denied the allegations against him. He fought his extradition from the Netherlands last summer on the grounds that the alleged assaults happened in the West Bank and Israel does not have jurisdiction there. He later fled the Netherlands to avoid extradition.