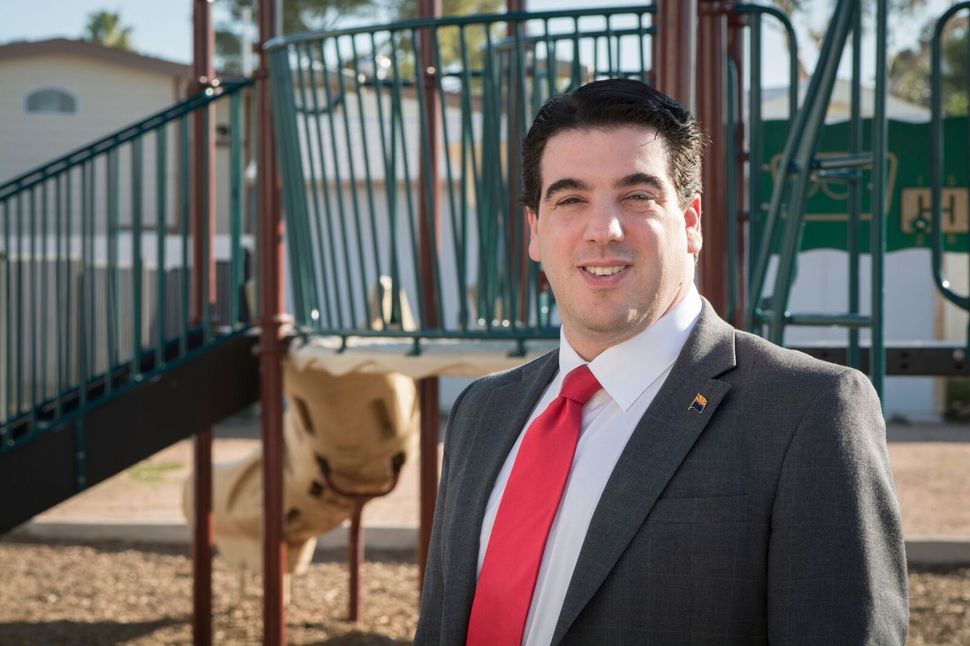 Image by Courtesy of the Adam Stevens Campaign

— A Jewish candidate for a seat in the Arizona State Legislature found anti-Semitic messages spray-painted on his driveway in suburban Phoenix.

Adam Stevens, 31, of San Tan, discovered a swastika and the words “Go Home Jew” on Friday morning, The Arizona Republic reported Monday. A swastika also was painted on one of Stevens’ campaign signs nearby.

Stevens is one of four Republican candidates running in an Aug. 30 primary for a seat in the State Legislature. He reported the vandalism to the Pinal County Sheriff’s Office, which is investigating.

Stevens tied the vandalism to the campaign, saying the rhetoric in the race has been “personal” and “very hateful.”

According to the Republic, Stevens rejected suggestions that the vandalism might be a ploy to draw attention to his campaign.

“Anyone who would say that is disgusting,” he said. “I come from a family of Holocaust survivors.”