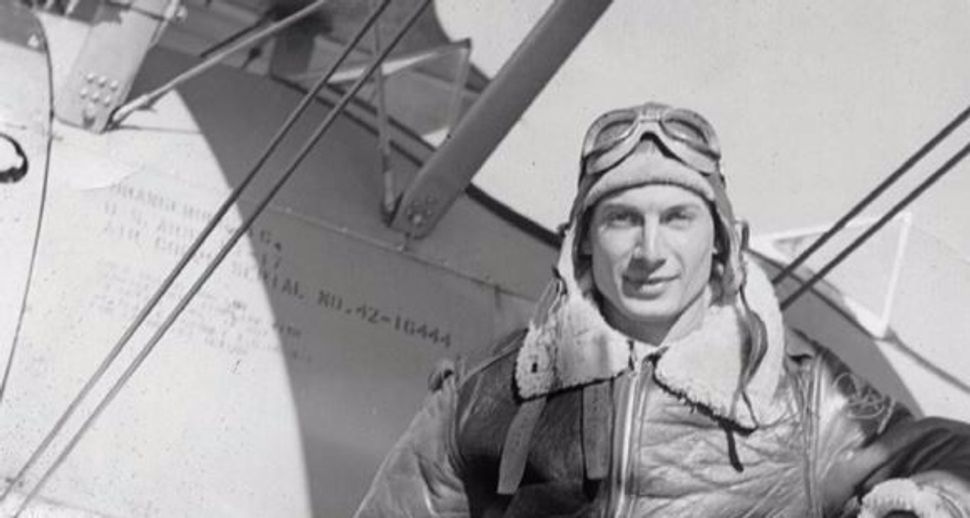 — Nathan “Gino” Narboni, a veteran of the French Air Force who volunteered to fly a combat plane during Israel’s War of Independence and also served in the U.S. Air Force, has died.

Narboni died July 16 at his home near San Antonio, Texas. He was 92.

Narboni, who was born in a Jewish community in what was then French Algeria, was the son of a prominent physician and had planned to attend medical school.

He joined the French Air Force in 1943 and trained in the United States as a pilot on a B-26 bomber. World War II ended before he could serve in combat, however.

In July 1948, at the age of 25, Narboni secretly flew a cargo plane into the new State of Israel, evading an embargo set up by the United Nations and the United States, and became a part of the Mahal brigade comprised of volunteers from abroad. Mahal included some 4,000 Jewish and some non-Jewish volunteers from the U.S., Canada, South Africa, Britain, France, Scandinavia and approximately 20 other countries.

“Why did I come to Israel in 1948? I was not brought up in a religious atmosphere, but my family and I felt strongly about our Jewish heritage,” Narboni told The Jerusalem Post in an interview published in June 2014. “I had a skill that Israel could use, so I decided to volunteer. Today, I am still attached to Israel.”

Following the war, Narboni flew as a pilot for Israel’s national airline El before eventually returning to his medical studies.

In the mid-1950s he immigrated to the United States, serving as a flight surgeon, including a one-year tour in Vietnam during the war there. He retired as a colonel from the U.S. Air Force in 1981.

Narboni worked another 22 years as a civilian doctor in San Antonio before retiring.

He is survived by his wife, Charlotte, and two daughters, Nicole and Cecile.