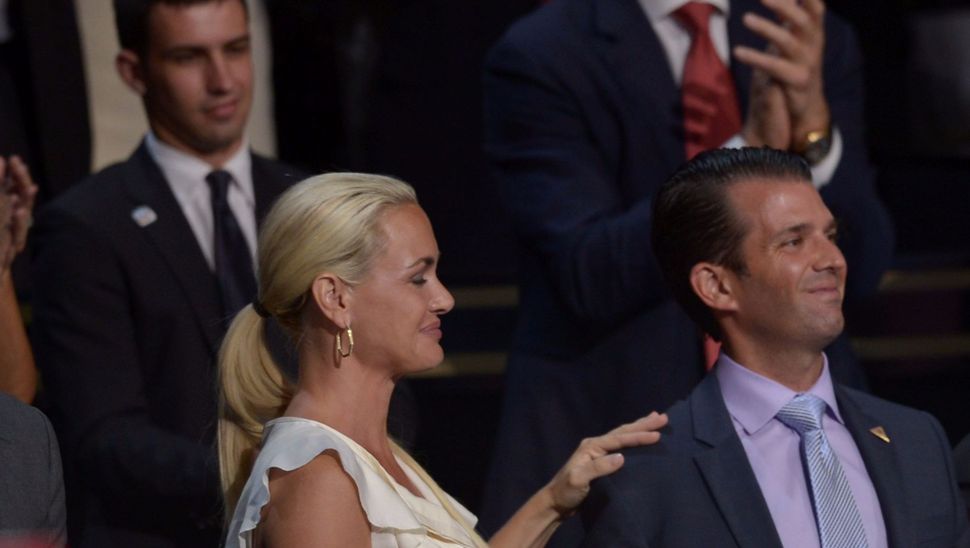 (JTA) — An issue of historical concern to American Jews drew waves of applause when Donald Trump, Jr. preached about it Tuesday night from the stage of the Republican National Convention.

It wasn’t Israel, Iran or the fight against anti-Semitism. It was a call for the government to assist with private school costs, referred to as “school choice.” Echoing traditional Republican orthodoxy, the son and namesake of the party’s nominee said it would promote competition and raise educational standards.

American public schools, Trump, Jr. said, are “like Soviet-era department stores that are run for the benefit of the clerks and not the customers, for the teachers and the administrators and not the students. You know why other countries do better in K through 12? They let parents choose where to send their own children to school. That’s called competition. It’s called the free market.”

For more than 50 years, school choice has been a contentious issue for American Jews. Decades ago, mainstream Jewish organizations were vociferous in defending the separation of church-and-state, worried that if the government got involved in funding religious schools in any way, it could lead to infringement on Jewish religious freedom. Those fears, according to American Jewish Committee associate general counsel Marc Stern, remain today.

“The Jewish community has long been concerned that government not be in the business of supporting private education,” Stern said. “Communities that want to maintain religious schools should pay for them on their own without government support. People shouldn’t be taxed to support things they don’t agree with.”

But with worries of Christian encroachment allayed and Jewish day school tuitions ballooning, some Jews see school choice legislation as a way to make Jewish education more affordable. The Orthodox Union and the Orthodox Rabbinical Council of America have both successfully lobbied for New York City and New York State to fund programs like security and special education for private schools. According to Maury Litwack, the OU Advocacy Center’s director of state political affairs, more than 100,000 students attend Jewish day school in New York City.

“For parents who send their kids to Jewish day school, tuition is prohibitively high,” Litwack said. “They pay property taxes and a variety of other taxes. In American education there’s too often a one-size-fits-all approach to education. There should be more options.”

Republicans agree. A section of the party’s 2015 platform, titled “Choice in Education,” says, “Empowering families to access the learning environments that will best help their children to realize their full potential is one of the greatest civil rights challenges of our time. A young person’s ability to succeed in school must be based on his or her God-given talent and motivation, not an address, ZIP code, or economic status.”

“Empowerment” equates to vouchers, state-funded services for private education like those in New York or tax credits for corporations or people who donate to private schools’ scholarship funds.

Democrats have been less vocal about school choice, but the Obama administration has supported the formation of charter schools — or schools with specialized curricula that meet state requirements, are publicly funded and don’t charge tuition. Some Jewish parents see the handful of charter schools that teach Hebrew as a cheaper alternative to Jewish day school.

At least 20 states have some form of school choice program, according to Chad Aldis, vice president for Ohio policy and advocacy at the Fordham Institute, an education think tank that supports school choice.

Indiana Governor Mike Pence, the Republican vice presidential nominee, has encouraged school choice in his state. In his speech introducing Pence, Trump said “School choice is where it’s at.”

“The idea that competition can help things improve has been historically a very Republican idea,” Aldis said. “It’s worked in a lot of facets of American life. The idea of putting it over in education is intuitive to a lot of folks.”

The AJC’s Stern worries, though, that government funding of schools could come with unwanted government regulation. States, for example, could mandate that Orthodox schools enforce gender equality, or that Jewish schools admit Jews and non-Jews without preference. Still, he said, the fears that drove opposition to private school vouchers in the 1950s are less relevant today.

“The Catholic schools are very different than they once were,” he said. “They’re not teaching the doctrine [that] Jews killed Christ.”