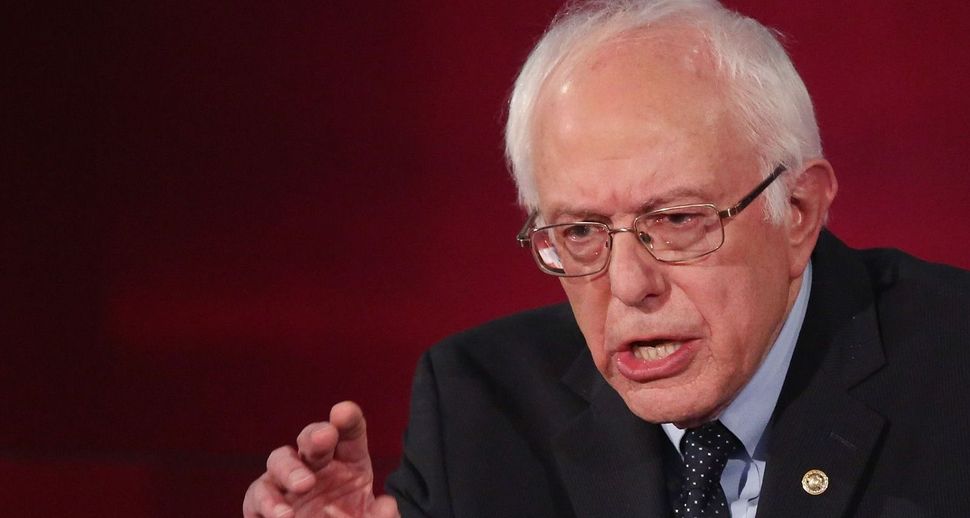 Wikileaks released close to 20,000 emails on Friday. Those related to the Democratic National Committee included some about publicizing Bernie Sanders’s faith to help Hillary Clinton.

The DNC is supposed to be an independent body within the Democratic Party but these emails threaten the fragile unity between Clinton and Sanders on the eve of the party convention. They also call the committee’s impartiality into question.

According to The Intercept, DNC CFO Brad Marshall suggested that Sanders’s faith might be a significant weakness to the candidate, especially in the South. A charitable reading of his email to DNC Communications Director Luis Miranda and Deputy Communications Director Mark Paustenbach might be that Sanders’s Jewish ethnicity and his atheist beliefs might be confusing to voters whose religion, ethnicity and beliefs are inextricable.

From:MARSHALL@dnc.org
To: MirandaL@dnc.org, PaustenbachM@dnc.org, DaceyA@dnc.org
Date: 2016-05-05 03:31
Subject: No shit
It might may no difference, but for KY and WVA can we get someone to ask his belief. Does he believe in a God. He had skated on saying he has a Jewish heritage. I think I read he is an atheist. This could make several points difference with my peeps. My Southern Baptist peeps would draw a big difference between a Jew and an atheist.

But, for others, the notion that anyone in the Democratic Party could think of smearing Sanders as either a Jew or not — as Gothamist put it — “a real Jew” is worrying. It also appears, according to RT, that DNC Chairwoman Debbie Wasserman Schultz coordinated with Miranda to help the Clinton campaign overcome Sanders with regard to Israel.

Referring to the Sanders platform proposal in her emails Wasserman Schultz said:

“the Israel stuff is disturbing”

And went on to suggest that it might be a topic through which the candidate might be marginalized.