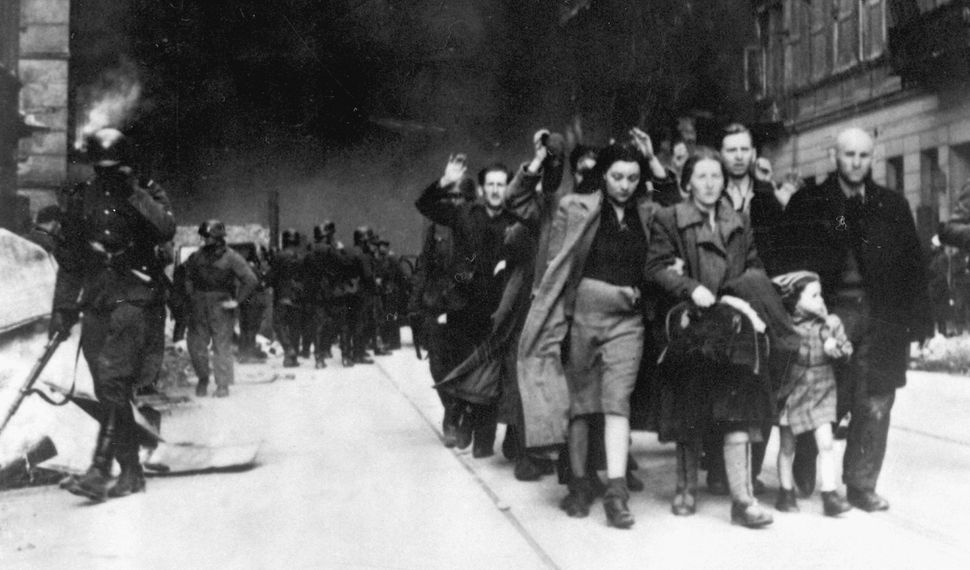 WARSAW, Poland — Some 700 people marched through the streets of Warsaw to commemorate those who in the Warsaw Ghetto worked as doctors, nurses and medical service helping those in need and when it was necessary helping them die.

“This year we go there where the doctors and the medical service of the Warsaw Ghetto worked, the Bersohn and Bauman Children’s Hospital,” said Pawel Spiewak. “We’re walking there to show that we remember those sacrifices that were completely helpless, powerless in the face of what has happened then in Warsaw.”

“We are gathered here to remember the names of our sisters and brothers who were killed in the largest genocide of contemporary humanity. We are here to remember each one of them,” said Ruth Cohen-Dar.

At the hospital building, participants hung on its fence ribbons with the names of victims of the liquidation of the ghetto. Piotr Glowacki read excerpts from the testimonies of ghetto nurses and doctors. He was accompanied by Olgierd Dokalski.

Bersohn and Bauman Children’s Hospital was founded in 1878 and operated until 1942. Before World War I, Janusz Korczak, who ran an orphanage in the Warsaw Ghetto for Jewish children during World War II and died with them, was a pediatrician there.

During the war, the hospital was located in the ghetto. Doctors tried to help the children, although they had limited options. Some of the doctors could not come to terms with the fact that their patients would be murdered in Treblinka. Children were given morphine to die in their beds and avoid transport to death camps.