Despairing Schindler Letter to Izaak Stern Up for Sale 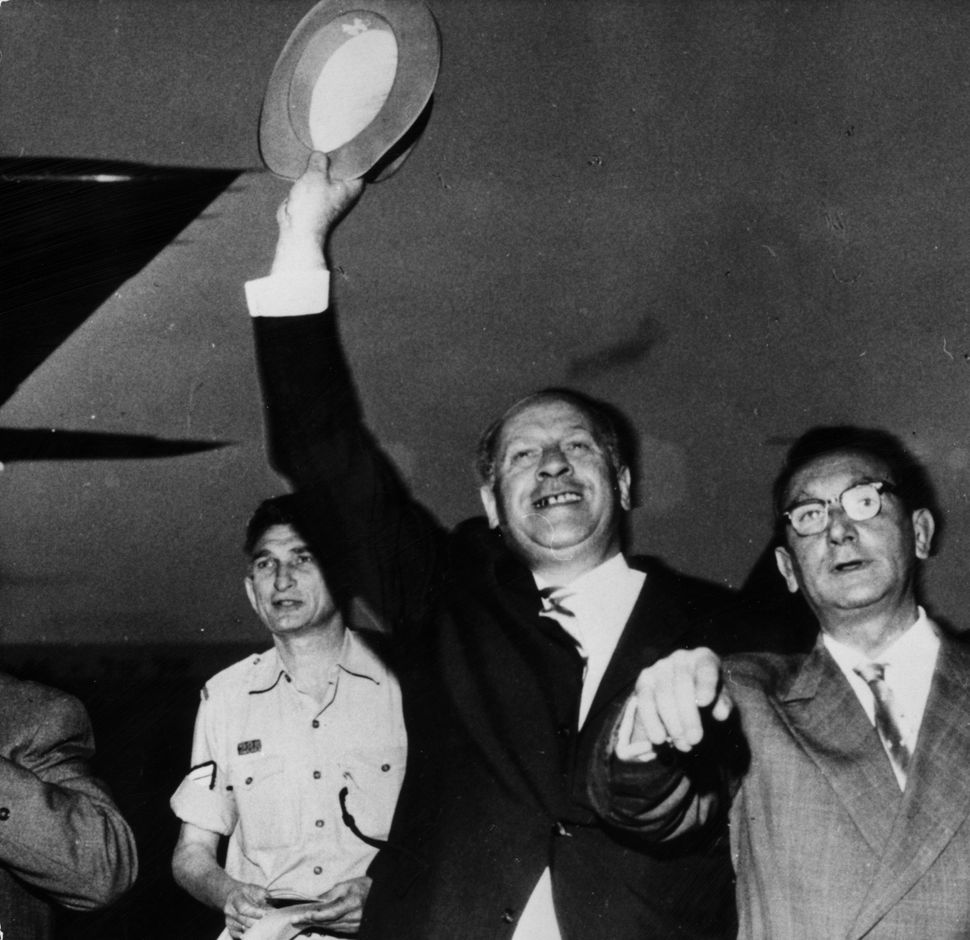 Schindler in Israel: German industrialist Oskar Schindler who famously saved the lives of over a thousand Jews during the Nazi era, arrives at Jerusalem airport on May 3, 1962. Image by Getty Images

Schindler’s list is famous, his later life not so much.

A letter from Oskar Schindler, the German industrialist who saved over a thousand Jews during the war, describing his post-war financial and personal plight is up for sale for in excess of $30,000 from [Moments in Time.}(http://momentsintime.com/oskar-schindler-writes-i-ask-myself-if-its-even-worth-living/#.V50ge-srKHs%22)

After the war Schindler tried to relocate to South America and suffered a string of business failures before returning to Germany. Although he was appreciated by those he saved, they were generally in no position to help him. The letter was written from Frankfurt am Main on April 24, 1963, to his close friend and confidante, Itzhak (“Izaak”) Stern (played by Sir Ben Kingsley in Steven Spielberg’s film “Schindler’s List”). In it Schindler discusses his financial hardships and the bankers he has approached to help him. He says:

a year ago I was with you and full of optimism towards the future, and now/today I have to carry the effects of the last year, I sometimes ask myself if it’s even worth living.

The letter was written less than a year after Schindler visited Israel and was feted for his courage.

It is being sold by a descendant of Stern.

Despairing Schindler Letter to Izaak Stern Up for Sale