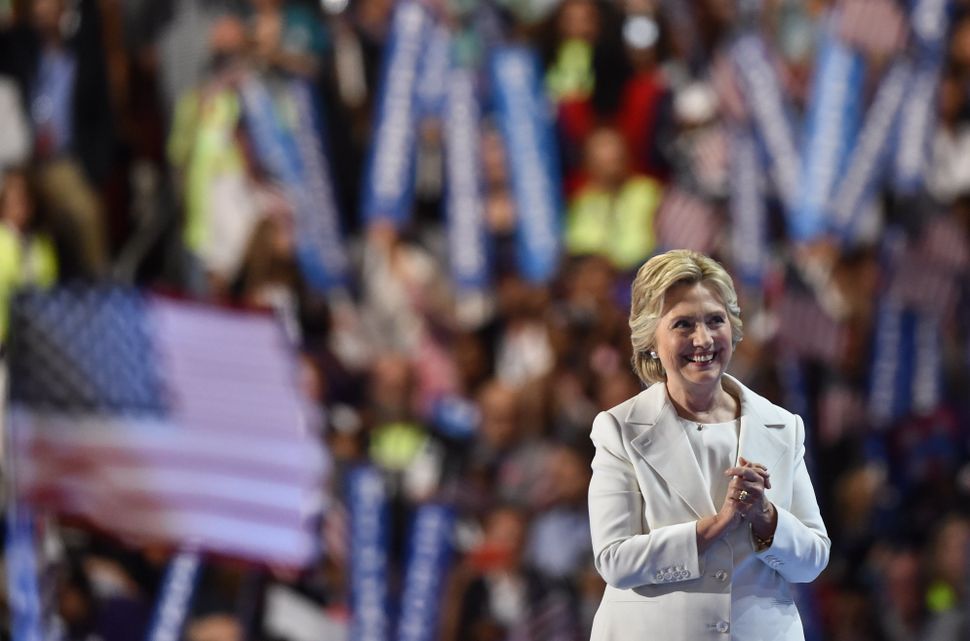 With 99 days to go to the General Election there’s a temporary lull in the frenzy of political speculation and action that has accompanied the campaigns since last October.

One of the loudest questions being asked on this day — though presumably few days hereafter — is who designed Hillary Clinton’s statement white pantsuit?

The Hollywood Reporter is betting on a Bronx “son of Jewish immigrants” who received the James Smithson Bicentennial Medal from her in 2014.

Clinton’s insistence on American manufacturing would suggest that her suit was made domestically. The history and financial commitments of Ralph Lauren (for it is upon him that they bet) — “$3 million to support the Save America’s Treasures program founded by Clinton when she was First Lady” — suggests that he would be a good fit.

But the mystery continues. Vogue doesn’t know, or can’t say, perhaps because, as the Business of Fashion reveals, “Clinton has been consulting American Vogue editor-in-chief and Democratic party fundraiser Anna Wintour on her wardrobe choices for key moments of the campaign.”

While no one will admit they know who made it, all sides seem to agree that it was a softer, more neutral look for Clinton and one that, for better or worse, harked back to Michelle Obama and the suffragettes.