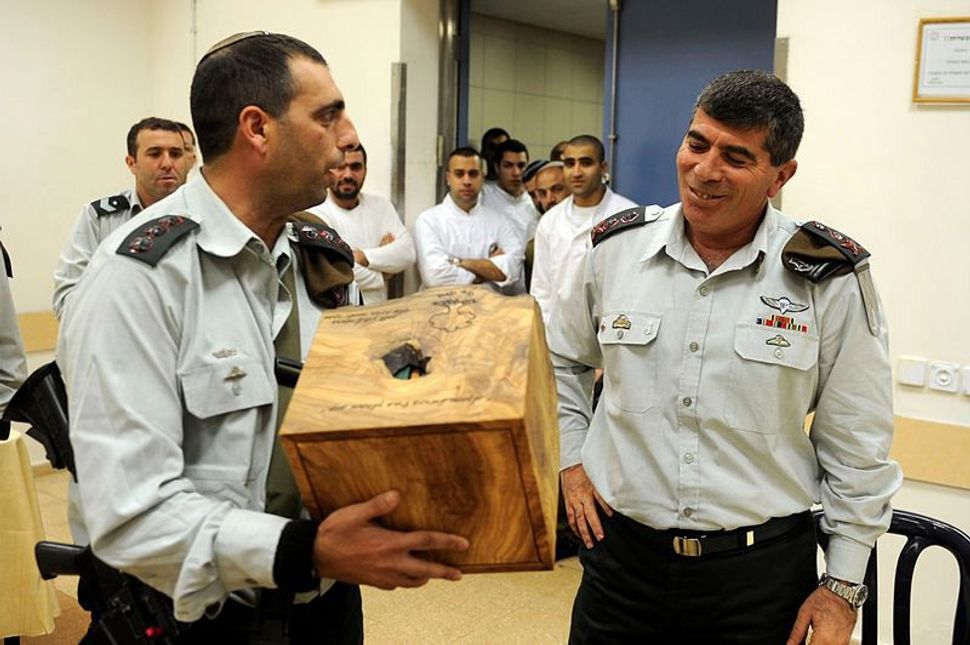 JERUSALEM — An Israeli general who was indicted in the rape and sexual assault of two female subordinates has resigned from the Israel Defense Forces.

The IDF accepted the resignation of Brig.-Gen. Ofek Buchris, 47, on Sunday, according to reports. He was indicted last week by the Military Advocate General for the sexual offenses allegedly committed between 2010 and 2012.

Buchris, who has denied the allegations and reportedly has passed two privately funded polygraph tests, said he resigned in order to stand trial as a civilian and not an IDF officer. He is charged with rape, sodomy, indecent acts and conduct unbecoming of an officer.

“I am innocent and I will fight for my good name and for my innocence,” he said in a statement, which noted his 28 years in the service “in which I loyally served my people and my home.”

In March, his promotion to head the Operations Division was nixed when the allegations came to light. He also was suspended from his temporary post with the army’s Command and Staff College.

Buchris reportedly was on a shortlist of potential candidates for IDF chief of staff down the line.

As commander of the Golani Brigade from 2010 to 2012, Buchris is suspected of having raped and sexually abused one of the soldiers; a second soldier came forward several days after the first accusations were made.

As a battalion commander, Buchris was critically injured during Operation Defensive Shield in 2002 and was awarded a citation for his bravery.

“I am grateful to my many subordinates, who followed my leadership in the battlefields, in training fields and on the borders. I enjoyed your company very much,” he said in his statement, which also expressed gratitude to his commanders. “You demonstrated real camaraderie on the battlefield. Your friendship is real.”