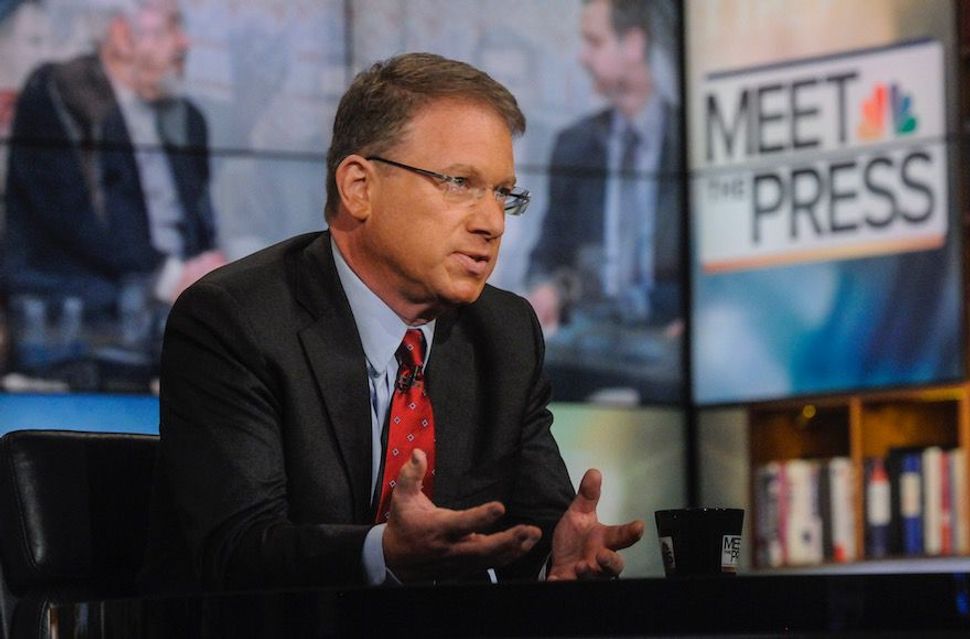 Journalist Jeff Goldberg announced that he may stop reading Haaretz. Image by William B. Plowman (Getty)

U.S. journalist Jeffrey Goldberg stirred up a media dust storm in Israel after he tweeted that he might give up reading Haaretz.

“I think I’m getting ready to leave Ha’aretz behind, actually,” Goldberg tweeted, including a link to an article in the left-leaning Israeli daily written by two American-Jewish historians who discuss why they have “left Zionism behind.”

Goldberg, a correspondent for The Atlantic who writes frequently about Israel and Middle East affairs, added in a second tweet: “I like a lot of the people at Haaretz, and many of its positions, but the cartoonish anti-Israelism and anti-Semitism can be grating.”

I think I’m getting ready to leave Ha’aretz behind, actually. https://t.co/EVBUzZ7iIM

He also dismissed the English-language daily Jerusalem Post, calling it “nuts,” and saying it as well as Haaretz share a “weakness for sinat hinam,” or baseless hatred.

For those who are asking — in English, I find the @TimesofIsrael to be very reliable. Ha’aretz has some good reporters. JPost is nuts.

Journalists at both newspapers called Goldberg out over his criticism.

In response to Anshel Pfeffer at Haaretz, Goldberg tweeted: “Look, when neo-Nazis are emailing me links to Haaretz op-eds declaring Israel to be evil, I’m going to take a break, sorry.”

That tweet referenced a column by long-time columnist and critic of Israel Gideon Levy titled, “Stop living in denial, Israel is an evil state.”

Among those apparently pleased by Goldberg’s criticism of Haaretz was Israeli government minister Gilad Erdan, a member of the Knesset for the ruling Likud Party. He retweeted Goldberg’s reference to Levy with his own tweet reading “Wow, there are no words.” Goldberg, who has written critically of the left and right in Israel, responded: “Thanks for the retweet, but I’d prefer it if you spent more time protecting democracy in Israel.”

Erdan responded. “I can do both. Criticizing Haaretz is part of it.”

@giladerdan1 Thanks for the retweet, but I’d prefer it if you spent more time protecting democracy in Israel.

Seth Frantzman, a Jerusalem Post editor in a tweet threatened to sue Goldberg for slander, calling Goldberg’s sinat hinam tweet “an attack on my reputation and me personally,” leading Goldberg to suggest that Frantzman stop following him.

The Haaretz oped, “We’re American Jewish Historians. This Is Why We’ve Left Zionism Behind,” co-written by Hasia Diner, a prominent professor of American Jewish history at New York University, and Marjorie N. Feld, a professor of history at Babson College. In it, Diner asserts that “the exponential growth of far right political parties and the increasing Haredization of Israel, makes it a place that I abhor visiting, and to which I will contribute no money, whose products I will not buy, nor will I expend my limited but still to me, meaningful, political clout to support it.”