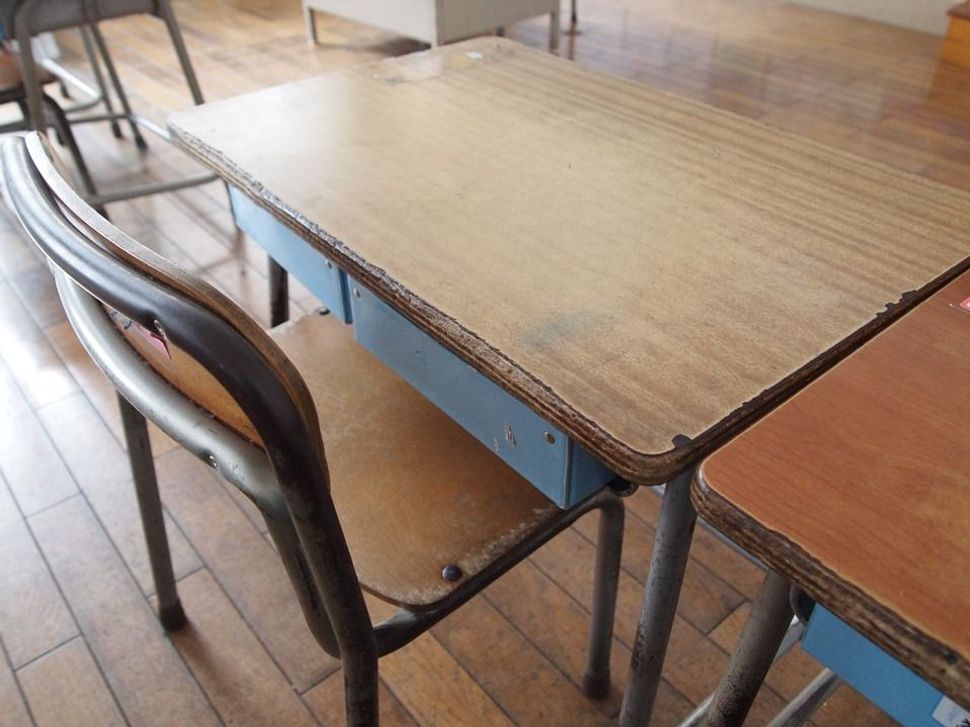 — Six haredi Orthodox teachers were indicted for abusing and assaulting children at the Hasidic school in Tel Aviv where they worked.

The teachers, all men, were indicted at Tel Aviv District Court on Tuesday, the Times of Israel reported. One, Avraham Rosenfeld, 49, was also charged with sexually assaulting a child under 16, indecent acts, extortion under threats and making threats.

The six are accused of abusing 22 young boys at the Talmud Torah Machzikei Hadass School, affiliated with the Belz sect, between 2000 and 2011.

According to Ynet, the indictments say the abuse was so pervasive that students referred to the school as “Bergen-Belsen,” an allusion to the Nazi concentration camp. They referred to Rosenfeld as “Rosenazi.”

Rosenfeld, the indictment states, ordered students aged between 3 and 10 to come with him to a school lounge, where he sexually assaulted them. He also is accused of beating students with wooden sticks or planks, which he made the students gather during recess.

According to the legal papers, Rosenfeld also insisted that students relieved themselves while fully dressed, tied students to chairs or desks with ropes or cable ties and force-fed them black pepper or soap. He would use confiscated candy to comfort students and, once they had stopped crying, he would send them on their way.

He is also accused of abusing animals, including a cat that he beat and killed in front of the students.

Ynet reported that the six defendants, who were arrested two weeks ago following a month-long undercover investigation, said they were innocent of the charges.

Rosenfeld’s lawyer, Yehuda Fried, to that “the acts described in the indictment are exaggerated. Regarding his family, the accusations are completely made up by those seeking to get between him and his wife.”