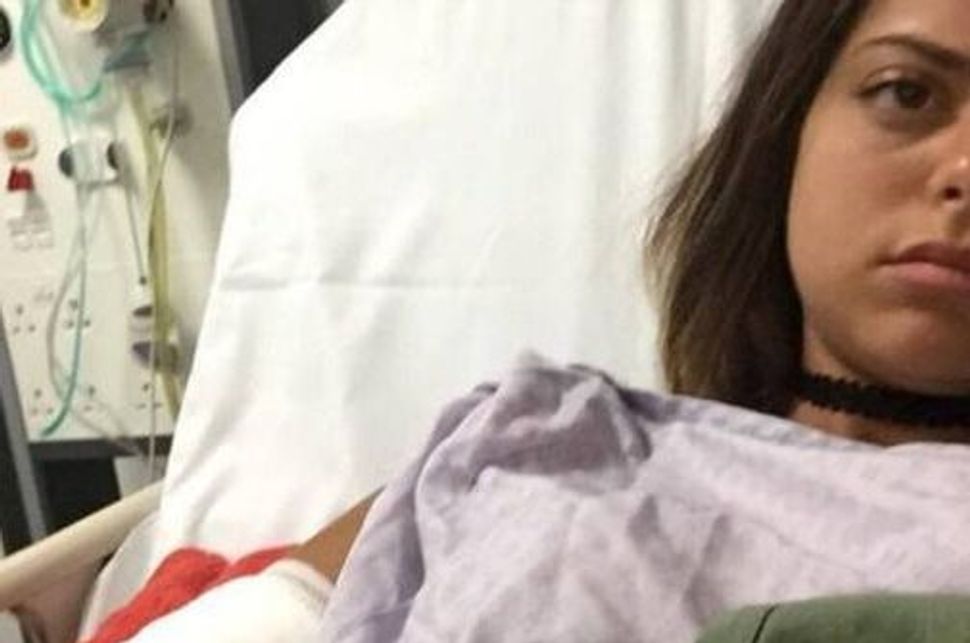 Not Much of a Vacation: Yovel Lewkowski posted this image of herself in hospital. Image by Facebook

— “We want to continue the trip as usual, see a musical, and get more done,” she told Ynet. “I’m not afraid in Israel, so there is no reason for me to start worrying in London.” “”)) — The Israeli teen injured in a London stabbing attack in which an American woman was killed said she plans to continue her visit in the UK capital and will not “start worrying.”

Yovel Lewkowski, 18, of Tel Aviv, was one of five people injured when a Norwegian citizen of Somalian ancestry went on a stabbing rampage in London’s Russell Square Wednesday night. Darlene Horton, 64, of Florida, was killed.

The 19-year-old assailant, who is in police custody, has a history of psychiatric problems. Officials with Britain’s Scotland Yard told the media they do not believe the attack was motivated by terrorism.

Lewkowski was lightly injured on the hand. She told Ynet she is visiting the United Kingdom with her grandfather before starting her army service next week and was staying at a hotel near the site of the attack. 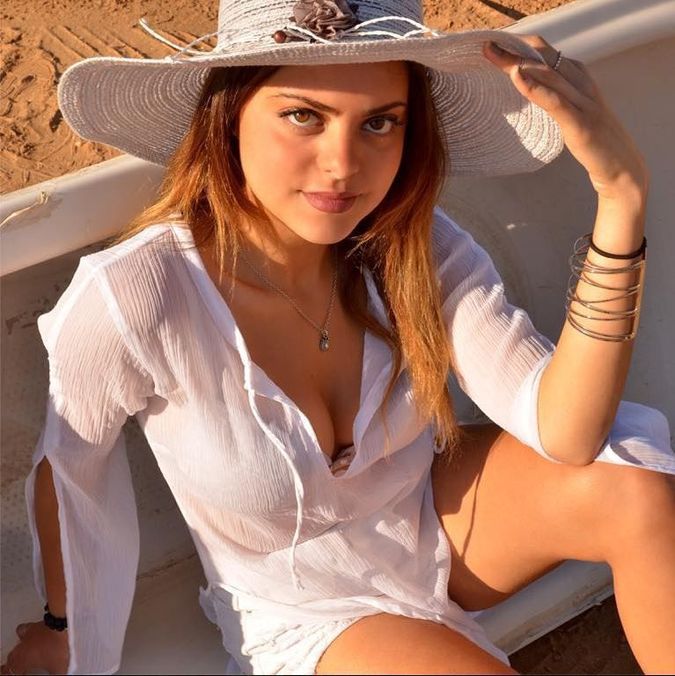 “We want to continue the trip as usual, see a musical, and get more done,” she told Ynet. “I’m not afraid in Israel, so there is no reason for me to start worrying in London.”

According to several media outlets, Lewkowski wrote on Facebook that she watched as Horton “perished in front of my eyes” in a matter of “seconds, metres, breaths.”

“The last few hours have taught me to appreciate every second,” she added.