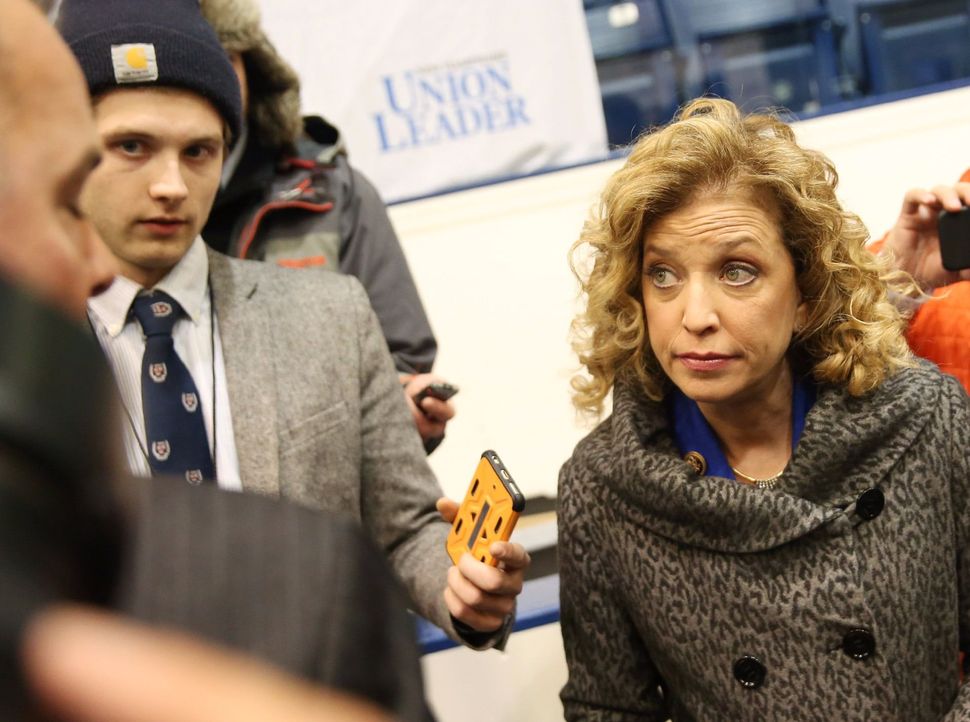 — Rep. Debbie Wasserman Schultz, who resigned as chairwoman of the Democratic National Convention over leaked emails, denounced an exchange between staffers that proposed questioning Bernie Sanders’ belief in God.

“There was one very unfortunate, unacceptable, outrageous email exchange — that I was not a party to — that discussed using Senator Sanders’ faith, a faith which I share,” the Miami Herald quoted Wasserman Schultz as saying Thursday during a public address in Miami.

Wasserman Schultz was referring to an exchange, contained in the leaked emails, initiated by former DNC chief financial officer Brad Marshall.  In it he claimed, erroneously, that then-Democratic presidential hopeful Bernie Sanders, who is Jewish, is an atheist. Marshall suggested that this information could be used to undermine his campaign among religious voters like Southern Baptists.

Marshall and two other DNC staff resigned following the leak.

Wasserman Schultz is in a race for re-election to the House of Representatives in her Florida district’s primary election on August 30 against Tim Canova, her Sanders-backed primary opponent and first serious challenger in more than two decades.

Wasserman Schultz denied that the DNC attempted to favor eventual nominee Hillary Clinton over Sanders. Some of the more than 19,000 leaked emails, apparently obtained by Russian hackers and published two weeks ago by the WikiLeaks website, showed party staffers discussing ways to hurt the Sanders campaign.

“I’m very proud of the primary nominating contest that we won — that we ran,” she told the editorial board of the Miami Herald. “We conducted the primary at the DNC according to the DNC rules.”