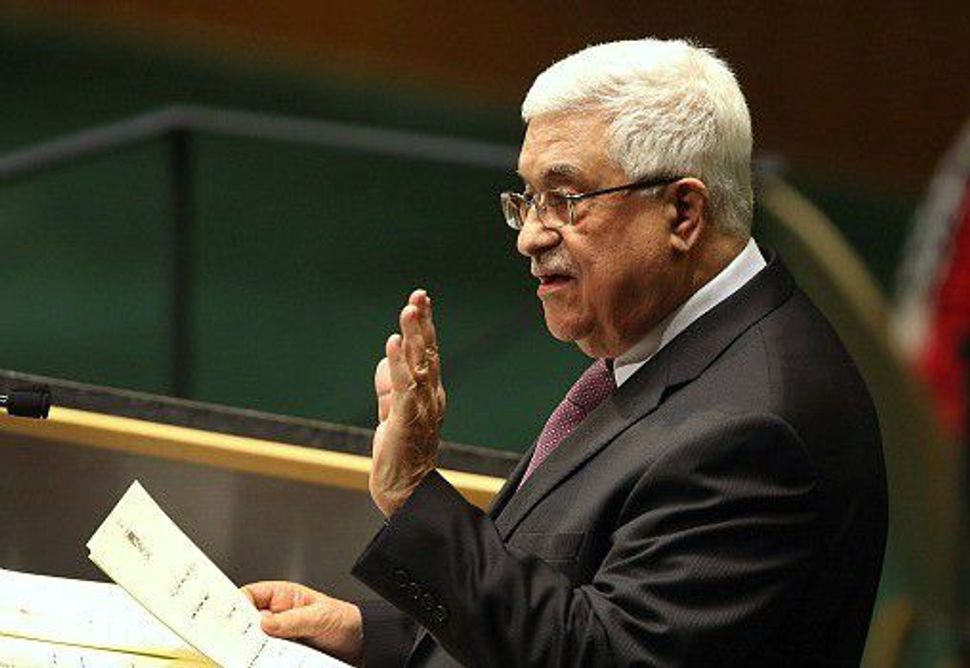 (JTA) — On Facebook, Palestinian President Mahmoud Abbas’ Fatah party cited killing 11,000 Israelis as an example of its many achievements.

The list does not mention the Oslo Accords or any other peace talks or negotiations, listing only acts of violence and terror, according to PMW, which described the 11,000 figure as a “gross exaggeration.”

Since the wave of renewed violence that began in October, Israel has accused Fatah of inciting violence against Israelis on social media and other venues.

Tuesday’s post notes that Fatah “has sacrificed 170,000 martyrs,” and that it was the first to carry out terrorist attacks during the first intifada, which began in 1987.

It also claims Fatah was the first to fight in the second intifada and that it “was the first to defeat the Zionist enemy,” referring to a battle between the Israel Defense Forces and the Palestine Liberation Organization (Fatah’s forerunner) in Jordan in 1968. Both sides claimed to have won the battle.

Fatah posted a similar text on its Facebook page in 2014, according to PMW.