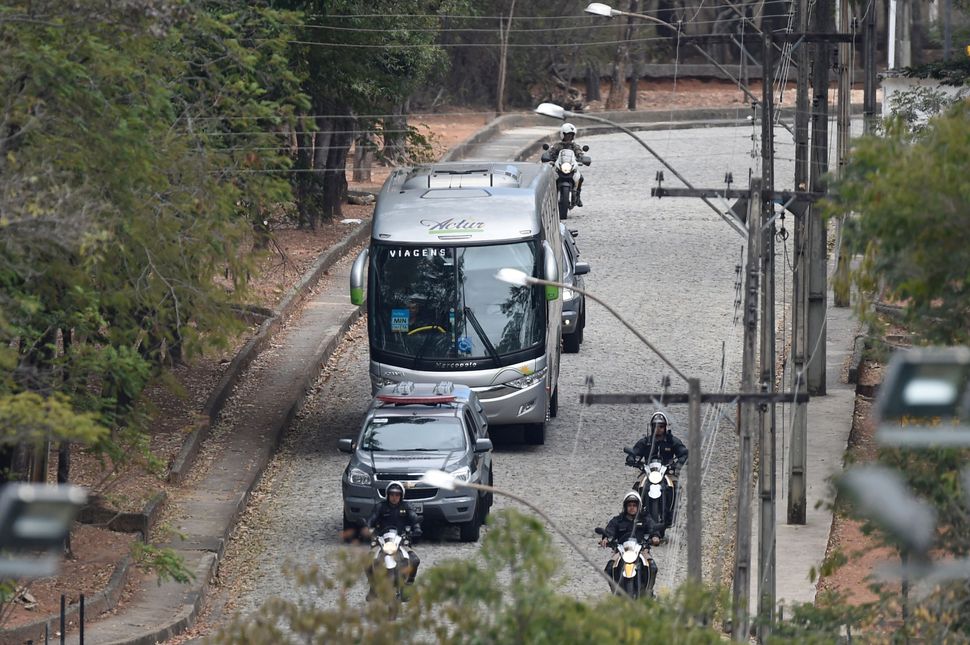 RIO DE JANEIRO — Members of the Lebanese delegation refused to ride in the same bus with Israeli athletes en route to the opening ceremony of the Rio 2016 Olympics held on Friday evening at the Maracana stadium.

When the Lebanese coaches and athletes discovered they would share a bus with Israelis from the Olympic village to the stadium, they demanded that the driver close the bus door.

“We insisted that we board the bus designated for us – and that the Lebanese should de-board if so they wish. So the bus driver opened the door. But this time, the head of the Lebanese delegation blocked the entrance to the bus with his own body. Event organizers – attempting to prevent a diplomatic incident – then organized a separate ride for us. But the diplomatic incident already occurred – shame!” Israeli sailing coach Udi Gal described in a post on Facebook.

The head of the Olympic Committee of Israel, Gili Lustig, reacted to his Lebanese counterpart’s statement to the press telling another version of the story.

“The organizing committee was the one that determined the travel arrangements, and which bus we would take to the ceremony. The organizing committee saw the rude behavior of the Lebanese delegation head and immediately provided an alternate bus. The behavior of the Lebanese delegation head is in conflict with the Olympic truce,” Lustig said.

“Shabbat, our national day of rest, is one of the most important gifts that Jewish people have given to the culture of humanity,” Regev said in a statement. “As the representative of the State of Israel, the sole Jewish state on the planet, I unfortunately cannot take part in the opening ceremony of the Olympics because it would require me to break the holy Sabbath.”

A ceremony to honor the 11 Israelis killed at the 1972 Munich Olympics will be held at Rio’s City Hall on Aug. 14. It will be co-led by the International Olympic Committee along with the Olympic committees of Israel and Brazil. The widows of weightlifter Yossef Romano — who was kidnapped, castrated and murdered by the terrorists, and Andre Spitzer, a fencing coach, will join in the lighting of 11 candles.

“It is disappointing that there will be no Israeli ambassador in Brazil during the Olympic Games”, the Brazilian Israelite Confederation President Fernando Lottenberg said in a statement, citing the diplomatic row after Brasilia rebuffed Israel’s choice of a former settler leader last year to take over the post.