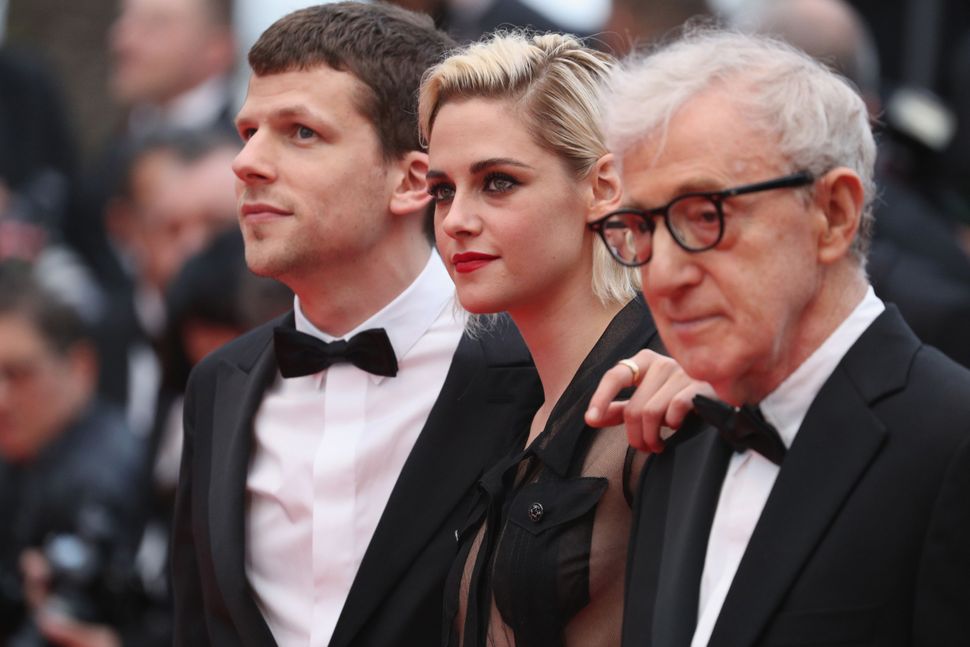 It’s been a tough few years for Woody Allen, now 80. With allegations of sexual abuse accompanying critical and box office disdain for his professional work, the quintessential face of Jewish secular culture in the 70s, 80s and 90s has seemed to fade into irrelevance at best and, at worst, possible shame.

But he has continued to work with A-list actors — he was pictured recently with stars of that latest film Jesse Eisenberg and Kristen Stewart at Cannes, doing publicity for his decently well-received “Cafe Society.” And, as well as having that Amazon-funded movie open Cannes (a record third time for a director) he has a new Amazon TV series on the way — “Crisis in Six Scenes.”

The show (and the clip below) features novelist Sidney Muntzinger (played by Allen himself, in a welcome return to acting) who is part of a staid suburban culture about to be turned upside-down by the 60s. Rumored to feature Miley Cyrus as a guest who turns a suburban family on its head, the show is set to arrive to Amazon Prime on September 30.

That gives us a weekend to binge watch the show before Rosh Hashanah. Easy.