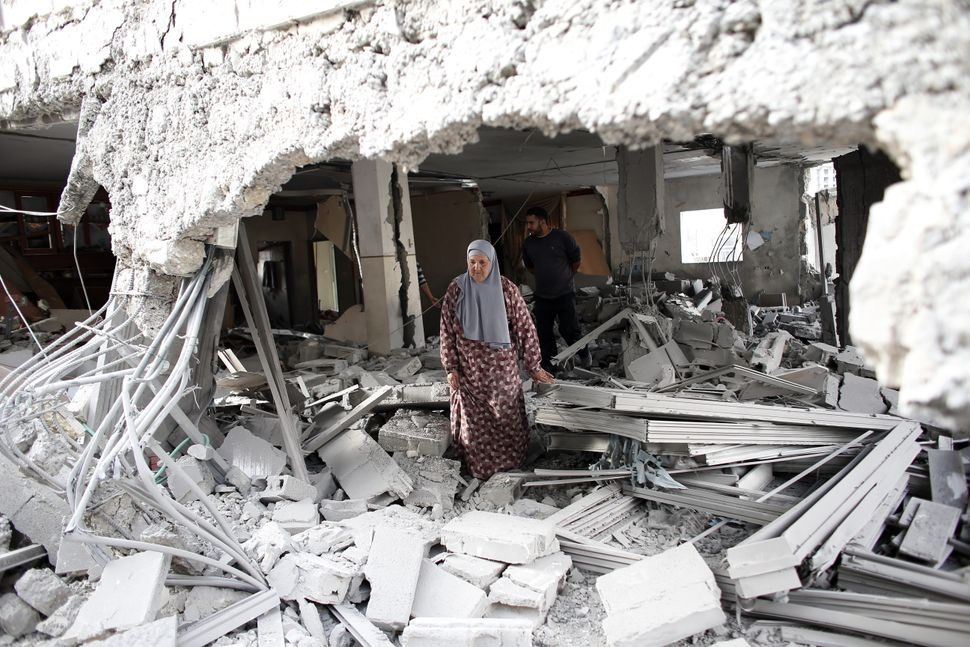 JERUSALEM — Israel razed five buildings in the West Bank constructed without permits, including three built by the European Union.

Forces from the Civil Administration tore down the buildings Tuesday in a Bedouin village near Hebron. A day earlier, three others were razed near Jericho.

The buildings taken down Tuesday housed 27 Palestinians, including 16 minors, according to the B’Tselem human rights group.

Six prefabricated homes funded by the EU in the same village were razed in April.

Regavim congratulated the Civil Administration on the demolitions, which the Israeli legal advocacy organization said occurred just days after it filed a complaint against the buildings.

“In recent years, the European Union has unilaterally built over a thousand illegal structures across Area C in violation of international law,” Regavim asserted in a statement. Area C of the West Bank is under Israeli military control.

The European Union says that providing the houses and shelters is humanitarian assistance and should not need permits from the Israeli military.