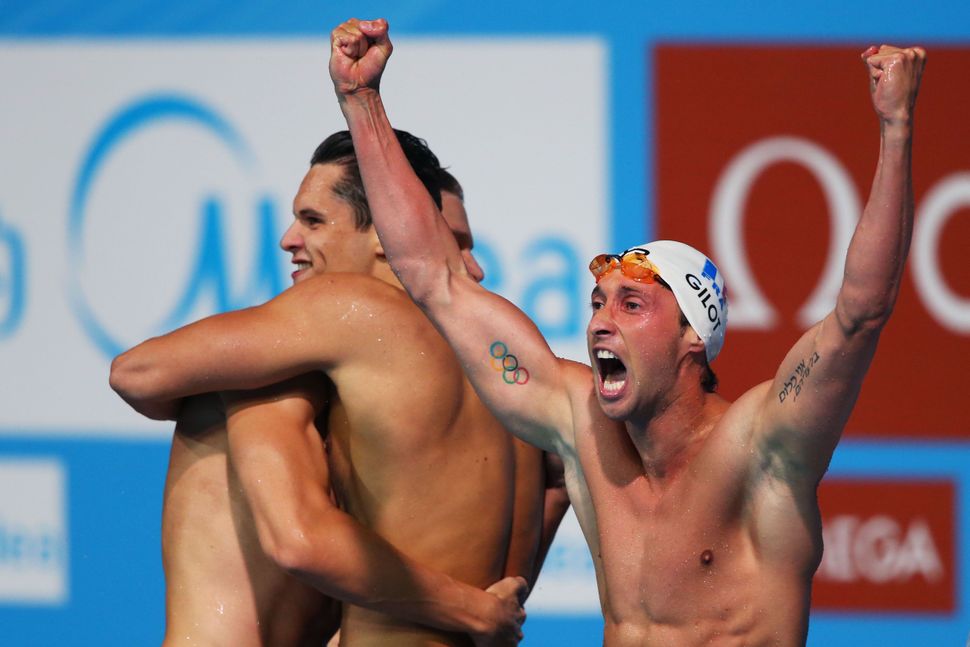 The Olympic swimmer who scored a silver medal in Rio this week always has the grandfather who survived Auschwitz in his thoughts — and on his arm.

Fabien Gilot, the French swimmer who is part of the the men’s swimming team that won second place in the 4×100 freestyle relay race on Monday, has an inner arm tattoo commemorating a grandfather who has spent time in Auschwitz, reported an article in The Jewish Chronicle.

The words, which spell “Ani Klum Biladeihem” in Hebrew, translate into “I am nothing without them” and commemorate his grandfather Max Goldschmidt, a Jewish man who made it through Auschwitz and the Holocaust in the 1940s and passed away in 2012. According to French media, Gilot admired his grandfather his whole life.

“[Goldschmidt] was born in Berlin and moved to France after the war, in Fabien’s eyes he was a hero,” said his father Michel Gilot to French media in 2012, after his son’s team brought home the gold medal at the London Olympic Games. “He admired him and was very attached to him.”

A native of Damien in the north of France, 32-year-old Gilot has been part of the French Olympic swimming team since Athens 2004.