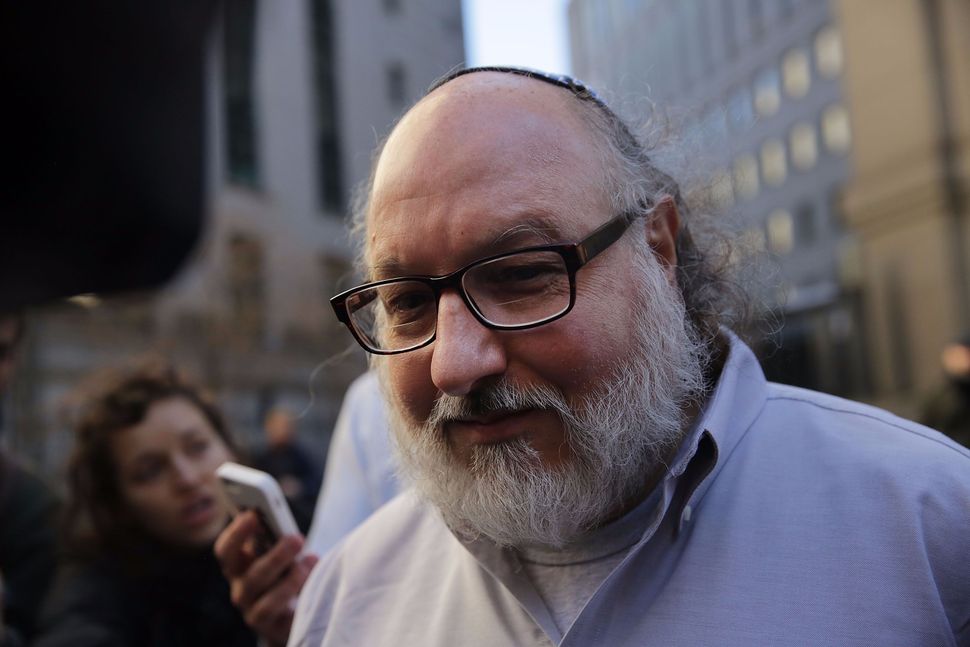 — Jonathan Pollard, a former US Navy intelligence officer convicted of spying for Israel, lost a bid to overturn restrictive probation conditions imposed when he was released in November after 30 years in prison.

US District Judge Katherine Forrest in Manhattan on Thursday denied a challenge by Pollard to requirements imposed by the US Parole Commission that he wear an electronic tracking device and submit his work computer to monitoring, Reuters reported.

Pollard’s lawyers argued the conditions were arbitrary. They argued that he posed no flight risk, nor a threat to disclosing secrets as he would need to remember information from over 30 years ago that they said had no remaining value.

They contended that leaving the computer restriction in place was preventing Pollard from taking an investment firm job.

But Forrest ruled that the commission had a rational basis for imposing both conditions, such as Pollard’s expressed desire to leave the United States for Israel, where his wife lives and where he was granted citizenship while in prison.

She also noted that the commission also had reviewed a letter from US Director of National Intelligence James Clapper stating that documents Pollard had compromised remain classified at the levels of “top secret” and “secret.”

“The Commission was certainly within its discretion to credit Director Clapper’s characterization of the intelligence Pollard compromised over the characterization advanced by Pollard’s preferred sources,” Forrest wrote.

Eliot Lauer, a lawyer for Pollard, said he was disappointed with the ruling and said his attorneys were studying it.

Pollard, 62, pleaded guilty in 1986 to conspiracy to commit espionage in connection with providing Israeli contacts with hundreds of classified documents he had obtained as a naval intelligence specialist.

He was sentenced in 1987 to life in prison. After serving 30 years, which included time in custody following his 1985 arrest, Pollard was released on parole on Nov. 20 from a federal prison in North Carolina and now lives in New York.