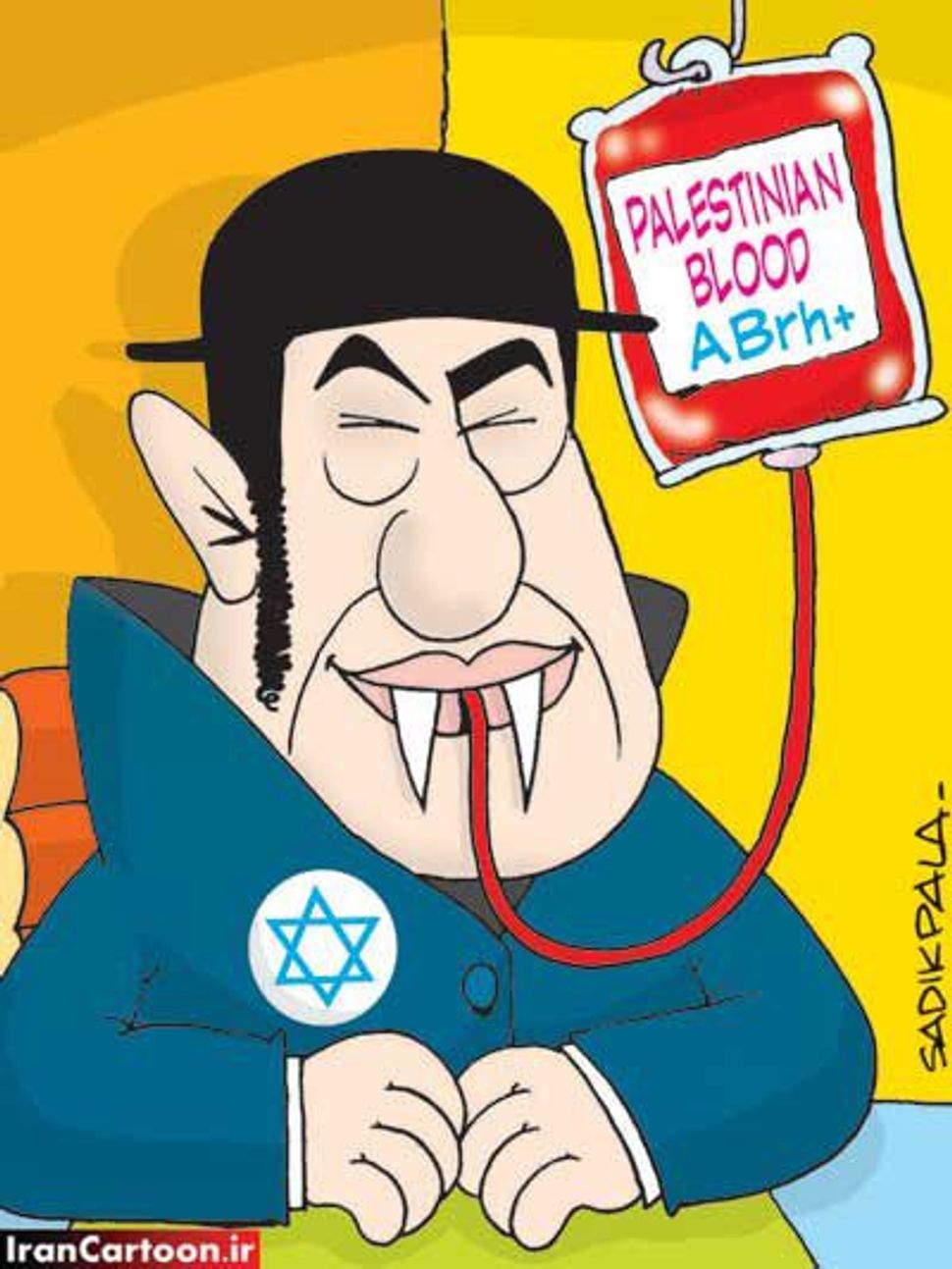 — The Anti-Defamation League condemned the actions of a former teacher at a prestigious Catholic school in Belgium, whose caricature comparing Israel and the Nazis won a prize in Iran’s cartoon contest mocking the Holocaust.

“Malice or ignorance” were the teacher’s “only possible explanations for comparing Israel to the Nazis and entering an Iranian Holocaust cartoon contest,” said ADL CEO Jonathan Greenblatt in a statement Friday.

Luc Descheemaeker, who is retired from the Sint-Jozefs Institute high school in the city of Torhout, in May received a $1,000 prize from Tehran and an honorable mention for a caricature featuring the words “arbeit macht frei” atop a wall representing Israel’s security barrier against Palestinian terrorists.

The German-language phrase, which means “work sets you free,” appeared on a gate of the Birkenau-Auschwitz Nazi death camp in Poland. The caricature and the announcement about Luc Descheemaeker’s winning the prize were removed from his blog following the JTA’s publication of an article on the prize Thursday.

UNESCO and the U.S. Department of State said the contest offered a platform to anti-Semitism.

School director Paul Vanthournout said Wednesday that the school had no position on the award but that the school was proud of Descheemaeker’s work within the institution.

Vanthournout declined to comment on other caricatures that Descheemaeker drew and published on his blog — including one featuring a stereotypical Orthodox Jew waiting to bludgeon an Arab mother and her baby with a giant Star of David, while the boy holds a balloon emblazoned with a dove holding an olive branch. Another one features an Orthodox Jew waiting around a corner for a Muslim woman who wears an explosive vest, perhaps to jolt her into triggering the explosives.

“Either Descheemaeker intended to demonize Israel and trivialize the Holocaust or he is absolutely clueless about the Palestinian situation and the Iranian regime.  In either case, it’s good that he is no longer teaching children,” added Greeblatt.

Descheemaeker is currently the subject of a complaint for hate speech filed to a federal office on discrimination retired last year. He did not reply to JTA’s requests for an interview. Vanthournout told JTA that Descheemaeker “is not an anti-Semite.”

According to the International Holocaust Remembrance Alliance – an intergovernmental organization with 31 member states, including Belgium – “drawing comparisons of contemporary Israeli policy to that of the Nazis” is an example of modern anti-Semitism.