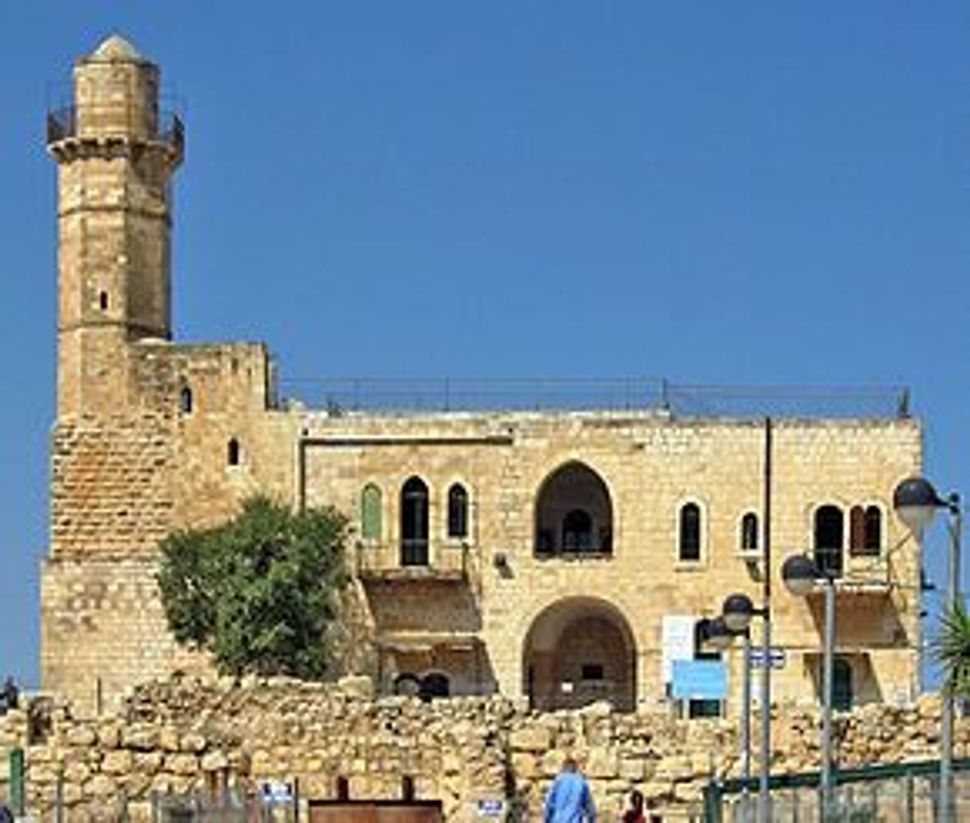 A mosque built on Crusader-era ruins in the village of Nebi Samuel. Image by Wikipedia

— France condemned Israel’s demolition of buildings constructed with French funding in a Palestinian village in the West Bank.

The demolition of agricultural installations in Nebi Samuel last week was the third time this year that buildings funded by French humanitarian aid were demolished or confiscated by Israeli authorities, Reuters quoted a French foreign ministry spokesman as saying Thursday.

Among them, in February, was a school.

“We urge Israeli authorities to stop these operations, that are in contravention of international law,” the spokesman said.

Israel’s Coordinator of Government Activities in the Territories, an arm of the Israel Defense Forces that deals with Palestinian civilian issues, said demolition orders were issued because the structures were built without permission.

“No request for building permits of the illegal structures had been received by their owners. They were invited to a committee to give them a chance to rectify the situation and gain permission but they failed to appear,” COGAT said in answer to a Reuters query.

Israel’s High Court is currenbtly reviewing a petition filed by a nongovernmental organization seeking a demolition order for structures allegedly built illegally by Palestinians in the village of Susya near Hebron.

According to the Associated Press, U.S. officials said America would respond harshly if Israel demolishes the ramshackle village, which has a few dozen structures, including tents, and 350 residents. Israeli officials said Susya’s fate is for the court to decide, and denied there were any plans to destroy it. The High Court in August requested the Israeli Ministry of Defense to submit a plan for Susya by August 15.

Rabbi Rick Jacobs, President of the Union for Reform Judaism, on Thursday sent an open letter to Israel’s ambassador to the United States, Ron Dermer, expressing his organization’s “concern about and opposition to reports of plans for the destruction” of Susya.

In his letter, Jacobs urges Dermer to convey to Lieberman “our strong support for a solution to this impasse that recognizes the interests of Susya residents and does not lead to the community’s destruction.”