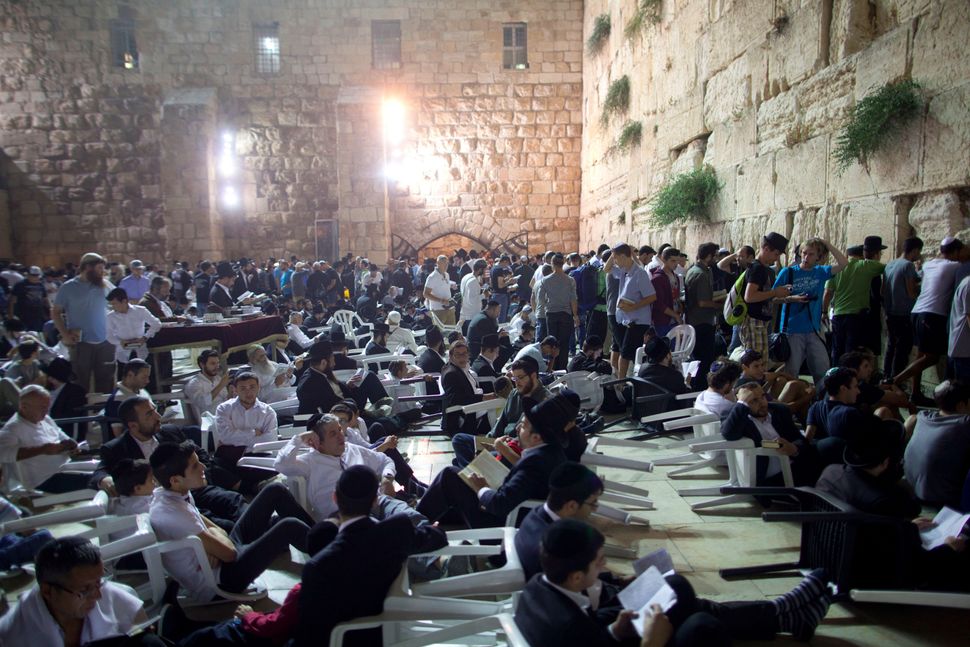 JERUSALEM — Thousands of worshippers marked the fast of Tisha b’Av at the Western Wall.

Tisha b’Av, a 25-hour fast, commemorates the destruction of the Holy Temple in Jerusalem and other tragedies in Jewish history.

Beginning on Saturday night and continuing throughout Sunday, the worshippers read the Book of Lamentations and other lamentations dealing with the destruction of the Temple and the exile from Jerusalem while sitting on the ground in front of the Western Wall.

On Sunday morning, seven Jewish visitors were removed from the Temple Mount after breaking the rules for visiting the site holy to both Jews and Muslims. Some 300 other Jews visited the Temple Mount on Sunday, as well as about 2,700 Muslims.

The removed Jewish visitors did not walk in the direction they were told to, Israel Police spokesman Micky Rosenfeld said.

Israel Police increased security measures in the Old City of Jerusalem and throughout the city for the fast.