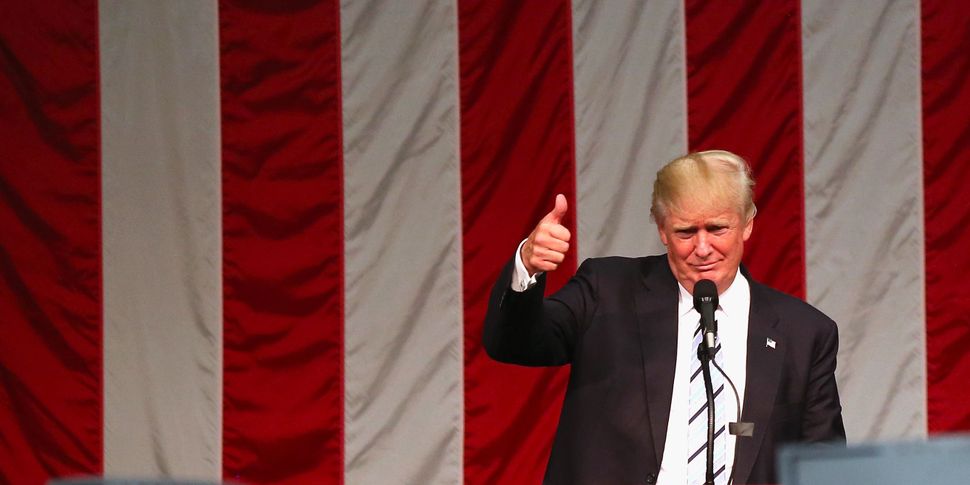 The Israeli branch of the U.S. Republican party began a campaign on Monday to get American voters living in Israel to cast absentee ballots in favor of Donald Trump.

According to the Israeli chapter of the Republican party, around 300,000 Americans are eligible to vote in the November presidential elections. They live in Israel or in settlements in the occupied West Bank and East Jerusalem.

Marc Zell, the head of Republicans Overseas Israel branch, said the campaign aimed to rekindle interest in U.S. politics among second- and third-generation citizens, many of whom have children who will be eligible to vote for the first time.

“We want to try to attract new voters who perhaps in the past had no special interest in voting in the U.S. elections,” Zell told Reuters.

Tzvika Brot, who is heading the campaign, estimated that about three-quarters of American-Israelis would support the Republican party.

A Democratic party representative in Israel disputed that estimate, telling Israel Radio the majority of Israeli and U.S. Jewish voters had always preferred the Democrats.

A poll of Jewish Israelis conducted in May found 40 percent of respondents backed Democratic nominee Hillary Clinton and 31 percent supported Trump. The poll didn’t specify whether those who responded were eligible to vote in the U.S. election.

The pro-Trump drive opened at a shopping mall in the central Israeli town of Modiin and will focus on areas with high concentrations of American-Israelis. Brot said he hoped the new votes being sought might help tip the balance in swing states.—Reuters

Trump, who has accused the administration of President Barack Obama of lackluster support for Israel, won his party’s nomination for the presidency last month. He has rejected last year’s nuclear deal with Iran and called for more investment in missile defense in Europe.

His views, including a vow to build a wall along the U.S.-Mexico border and a proposal to impose a temporary ban on Muslims seeking to enter the country, have polarized the Republican party and caused widespread consternation.

Trump has also been criticized for his lack of foreign policy knowledge. German Foreign Minister Frank-Walter Steinmeier said last month he would put at risk U.S. and world security with his “politics of fear and isolation.”