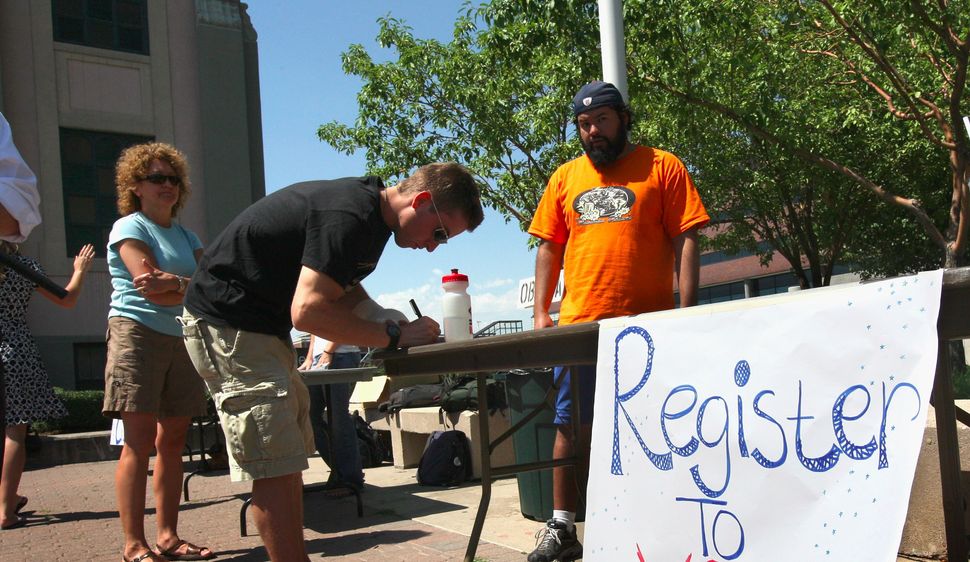 — Reform Jews are preparing to kick off a nationwide initiative aimed at facilitating voter participation in the black community and beyond in the 2016 presidential election.

The voting rights initiative of the Religious Action Center of Reform Judaism is scheduled to begin on Thursday in Raleigh, North Carolina in cooperation with NAACP and PICO —  the National Association for the Advancement of Colored People and People Improving Communities through Organizing, respectively — the Jewish organization said in a statement.

The new initiative, which is based on training and engagement, is called “Nitzavim: Standing Up for Voter Protection and Participation.” Nitzavim in Hebrew is the plural form for “standing up.”

The initiative will feature “voter protection and participation events in Raleigh-Durham later this month and across the U.S. through November,” read the statement by the Reform Jewish group, which said it “plans to recruit at least 100 Reform congregations and 100 lawyers to help ensure all eligible voters have access to the ballot box this November.”

NAACP President Reverend William Barber II and NAACP activists will attend the Raleigh kickoff weekend in which the initiative’s volunteers will be hearing from local and national leaders, receiving skills training and registering North Carolinians to vote.

From August to November, the Reform movement will be partnering with NAACP, the Lawyers’ Committee for Civil Rights Under Law and the PICO National Network, as well as other non-partisan entities to bring Nitzavim to communities across the country and protect the right to vote this election year, according to the statement.

The Reform movement has been critical of the Supreme Court’s decision three years ago in Shelby County v. Holder that invalidated key parts of the Voting Rights Act. In the wake of the decision, according to the Religious Action Center, states have passed new, restrictive voting laws that include registration restrictions, photo ID requirements and cutbacks in early voting. Such restrictions have a disproportionate impact on black voters, advocates say.