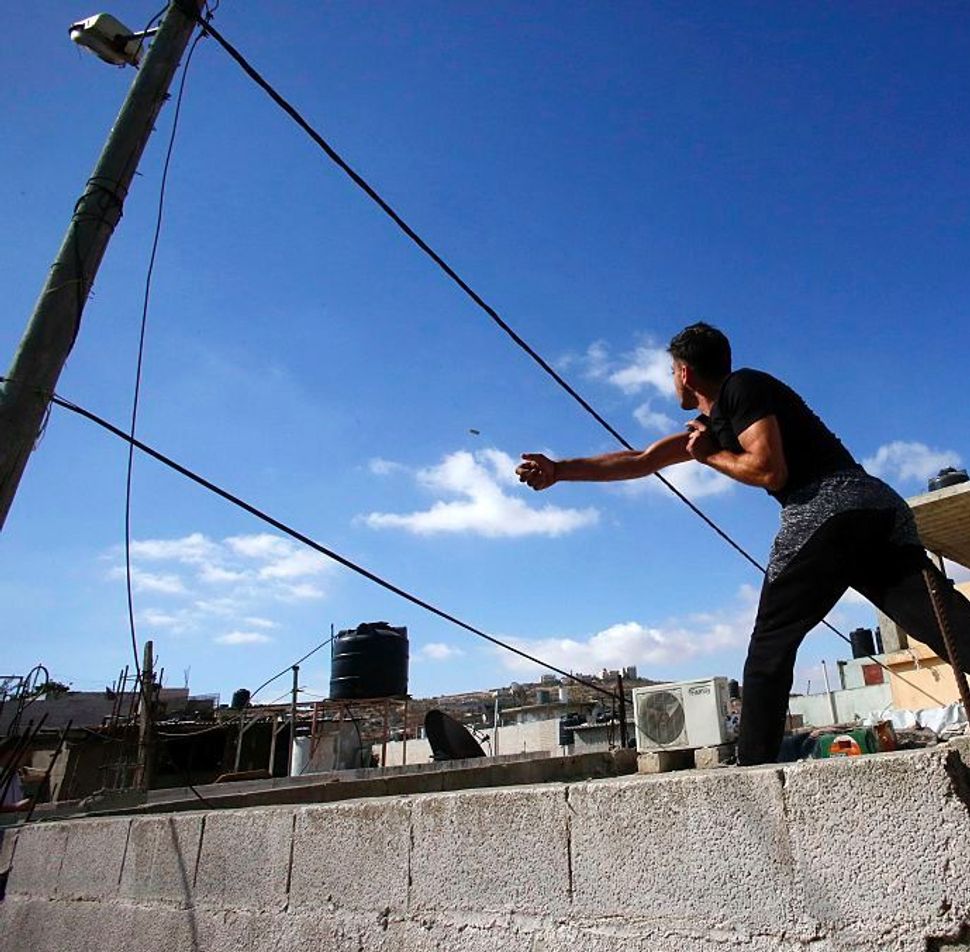 A Palestinian youth was killed on Tuesday and dozens of protesters were injured during clashes with Israeli troops at the Fawwar refugee camp in the occupied West Bank, the Palestinian health ministry said.

The dead youth was named Mohammed abu Hashhash, according to Hebron hospital official Walid Zaloum, who said abu Hashhash was killed by a bullet that entered through his back and struck above his heart. The Palestinian health ministry said he was 17 years old.

An Israeli army statement said troops entered Fawwar to search for suspects and weapons and were attacked by local youths who threw concrete blocks, rocks and home-made explosives at them.

“Riots erupted and dozens of Palestinians hurled (home made explosives), blocks and rocks at the forces … (they) responded with riot dispersal means and fired 0.22 caliber bullets towards main instigators,” an army spokeswoman said.

Abu Hashhash is the first Palestinian fatality this month in a confrontation with Israeli forces. Violence that has included Palestinian stabbings, shootings, rock throwing and car rammings against Israelis have largely tapered off in recent months.

Since October, Palestinians, many of them acting alone and with rudimentary weapons, have killed at least 33 Israelis and two visiting Americans. At least 207 Palestinians have been killed, 140 of whom Israel said were assailants. Others died during clashes and protests.

Palestinian leaders say assailants have acted out of desperation over the collapse of peace talks in 2014 and Israeli settlement expansion in occupied territory that Palestinians seek for an independent state. Most countries view the settlements as illegal. Israel disputes this.

Israel says incitement in the Palestinian media and personal problems at home have been important factors that have spurred assailants, often teenagers, to launch attacks.