An Israeli Lawmaker’s Accusation Against Students for Justice in Palestine: An Update 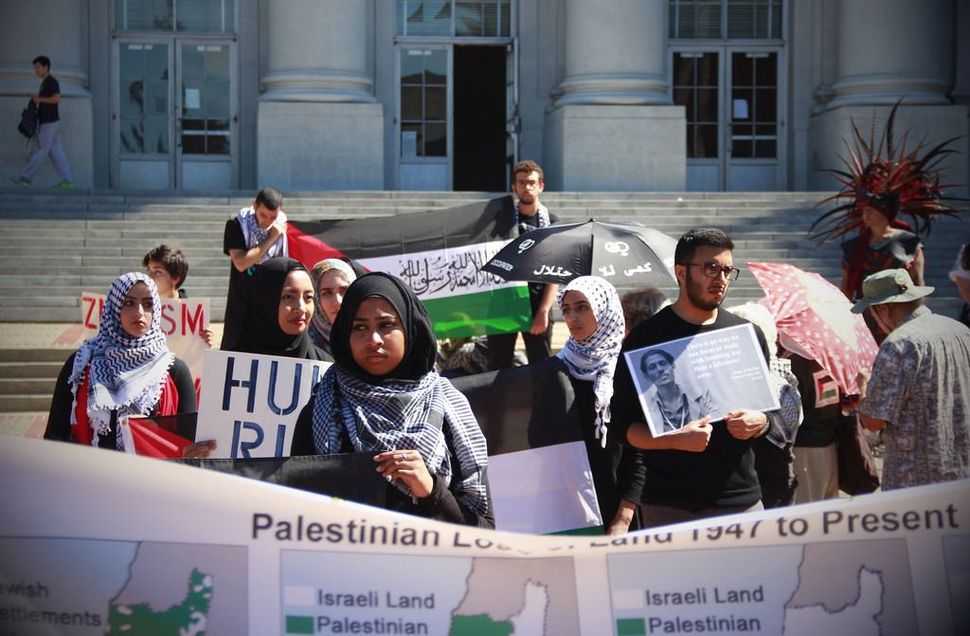 Students for Justice in Palestine at UC Berkeley. Image by Flickr

On August 16, the Forward published a story reporting that an Israeli lawmaker accused Students for Justice in Palestine, a pro-Palestinian campus group, of compiling lists of Jewish college students and their online addresses. The story also quoted numerous sources saying such lists did not exist.

Accusations about the story’s possible bias prompted us to remove it from our website out of an abundance of caution, while we examined the claims.

Laura Adkins, who wrote the story, was accused by a blogger of perpetuating a “hoax” when she first wrote about an incident with SJP for another publication as a college student in 2014. After undertaking our own internal review, we concluded that this accusation is inaccurate and unfair. Given the controversy around that earlier story, however, Laura was not the appropriate person to report on it for the Forward. Nor did we think the story newsworthy enough to repost.

Laura remains a valued member of our staff.

An Israeli Lawmaker’s Accusation Against Students for Justice in Palestine: An Update