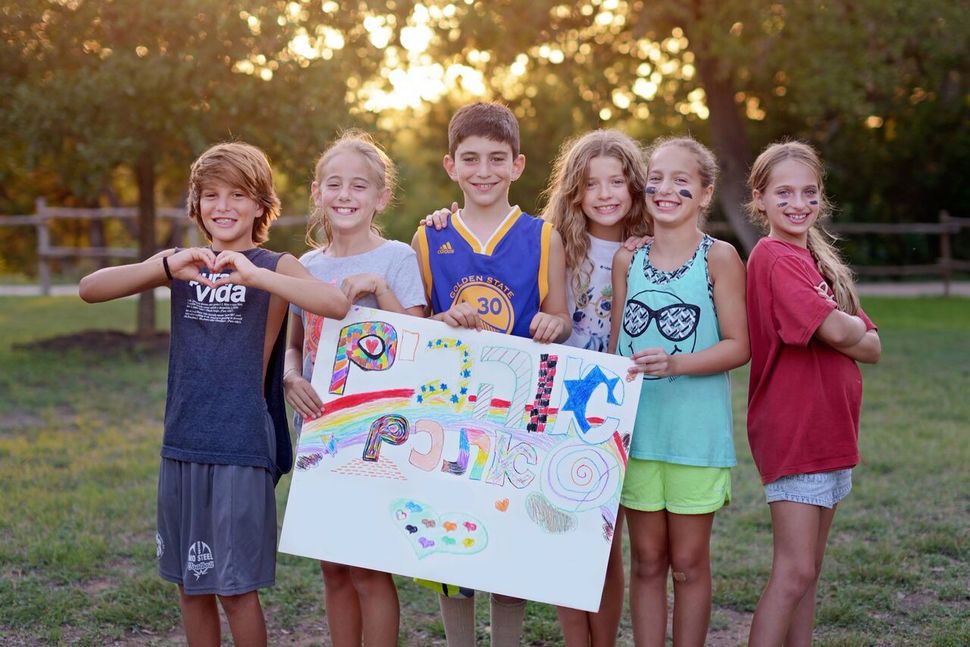 The university polled directors across 103 camps. It is part of a larger study called “Hebrew At North American Jewish Summer Camps” that will be turned into a book (Rutgers University Press, 2017) with extensive research of 36 camps over a 3-year period. The book and survey are both projects by the Jack, Joseph and Morton Mandel Center for Studies in Jewish Education at Brandeis University.

Three key findings in the report show that Hebrew serves as a means to make campers more appreciative of the language, that the incorporation of Hebrew varies widely from camp to camp and most of the camps want to incorporate more Hebrew, including for signage and songs.

“This kind of research helps Jewish educators think in purposeful and creative ways about how and why to infuse Hebrew into their camp environment,” said Sharon Feiman-Nemser, the Senior Researcher at the Mandel Center for Studies in Jewish Education at Brandeis and member of the CASJE Board of Directors in a press release.

“It does not prescribe ‘best practices’ because no one approach is right for all contexts—and that is not the job of research. Rather it provides evidence-based ‘food for thought,’ including rich images of what Hebrew at camp can look like and what benefits it can bring.”