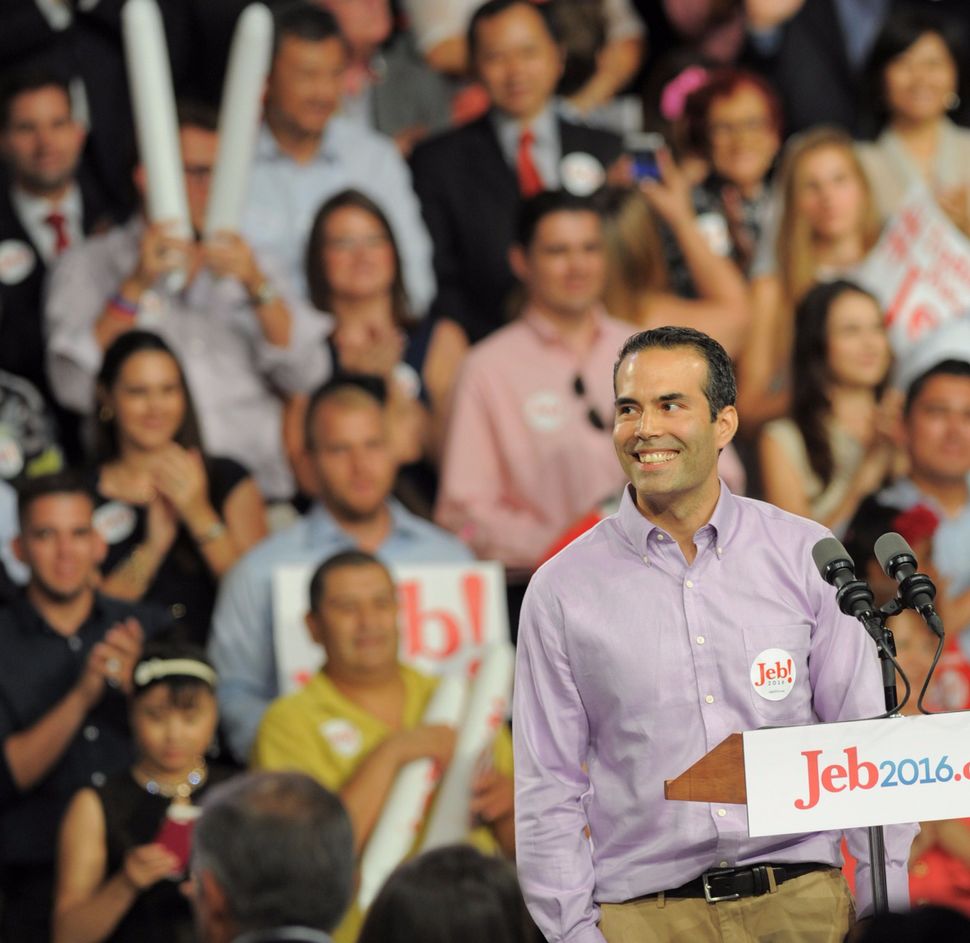 — The son of ex-Florida Gov. Jeb Bush led a group of Texas businessmen on a three-day visit to Israel, then wrote that “America has no better ally and no truer friend in the world.”

George P. Bush, the land commissioner in Texas, met with Israeli Prime Minister Benjamin Netanyahu during his trip last week to discuss Texas-Israel partnerships on issues including technology and desalinization, according to The Associated Press.

Bush “expressed his strong support for Israel” and thanked the prime minister “for all he is doing to fight terrorism,” his spokesman J.R. Hernandez told the AP.

Along with his lauding the Israel-U.S. alliance, Bush wrote on the Texas General Land Office website: “After spending several days meeting with political and business leaders in Israel, this much is clear to me: the most important thing we can do for Israel is do business with Israel. And I am committed to helping foster a climate of trade, investment, and sharing of best practices. What I saw in Israel was a great spirit of entrepreneurship and innovation, like that of Texas. And I think that Texas is the perfect partner for Israeli business.

“Above all, I want to do everything I can to bring Texans and Israelis closer together. We share common values, common ideals and, yes, common enemies.”

The trip was paid for by Israel’s Foreign Affairs Ministry, the Republican Jewish Coalition and Bush campaign funds, Hernandez told the AP.

Bush earlier this month endorsed Republican presidential nominee Donald Trump, which his father — who lost in the presidential primaries to Trump — has refrained from doing. The younger Bush has been mentioned as a future candidate for higher office.