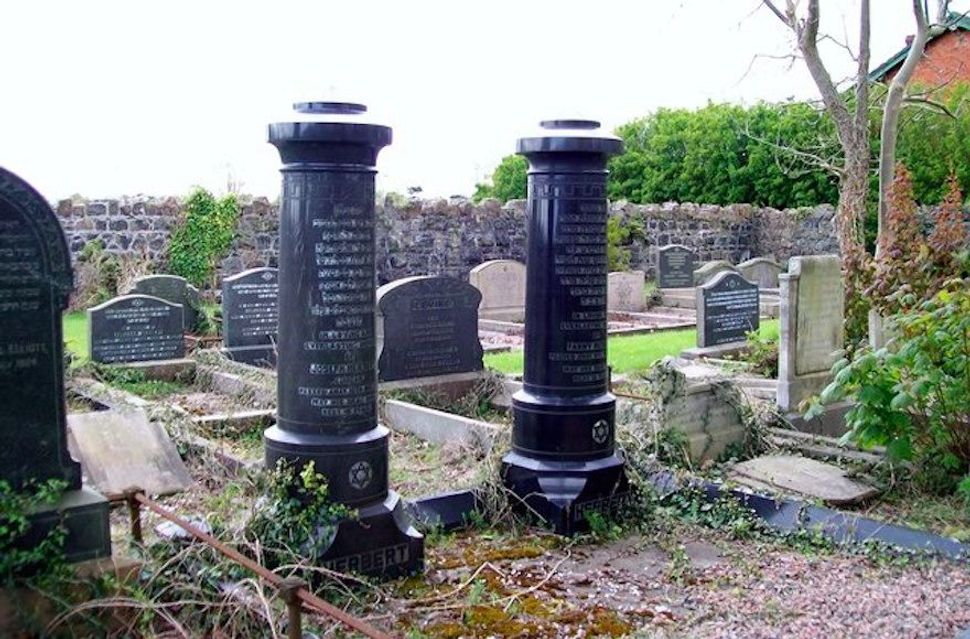 Thirteen Jewish graves were damaged as headstones were smashed and knocked over Friday at a municipal cemetery in West Belfast, Northern Ireland.

Police were called Friday afternoon to the scene, where smashed pieces of glass could be found atop overturned headstones.

Eight young people are said to have carried out the attack with hammers and blocks, with a larger crowd looking on, according to Northern Ireland Assembly member William Humphrey, Belfast Live reported.

Humphrey said he was “disgusted and appalled” at the vandalism, which the police is treating as a hate crime.

This isn’t the first incident of its kind in Belfast. In 2015, a memorial to a Christian Zionist officer was vandalized, and in 2014, windows at a local synagogue were smashed.