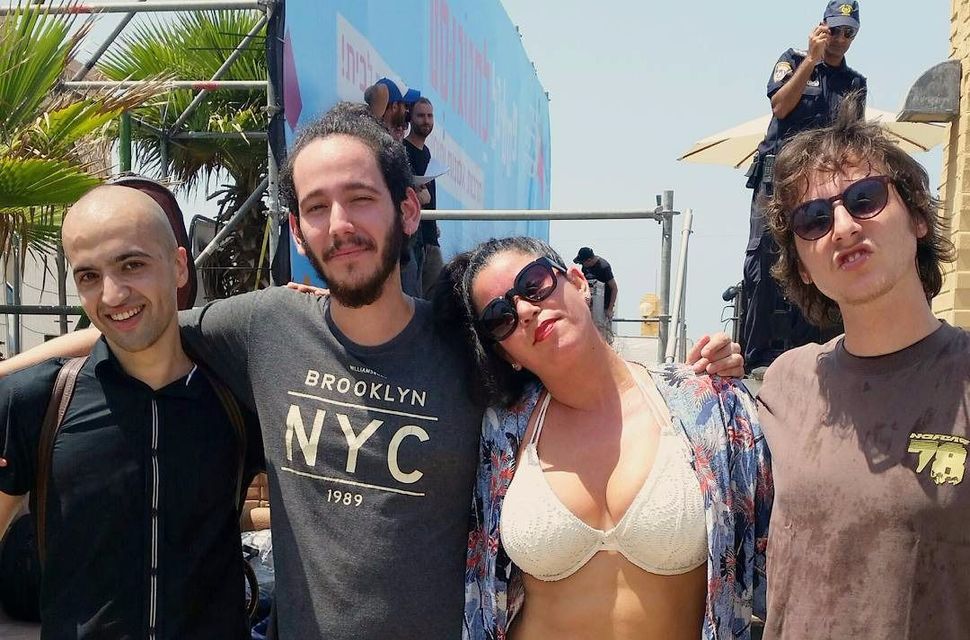 Weeks after Muslim women in Nice were asked to remove their conservative “burkini” swimwear, a bikini-clad performer in Ashdod, Israel was asked to cover up.

According to news reports, Hanna Goor, a musician and former contestant of the Israeli reality show “A Star is Born” was singing at a festival organized by the Culture Ministry in the southern Israeli port city of Ashdod on Friday, August 26. Her set was cut short, she told Haaretz, when a production manager told her to “to get dressed” and she refused. Goor had been wearing an open shirt over a bikini top.

The Culture Ministry disputed that set was not cut early, but said that her performance “does not respect the general public that attended the show” and therefore removing her from the stage became “necessary.”

In an interview with local Ashdod site Ashdodnet, Goor said she “cannot accept the double standard” of being invited to perform at a seaside festival where the audience had just come from the beach, but not being allowed to dress in beachwear herself.

“It wasn’t a provocation but simply a matter of comfort. It’s summer, it’s hot, and we were at the beach.”

Goor noted that “all over the world” artists at festivals can wear what they choose.

The Culture Ministry is now issuing modesty guidelines to production companies that work with it to specify how performers should dress.