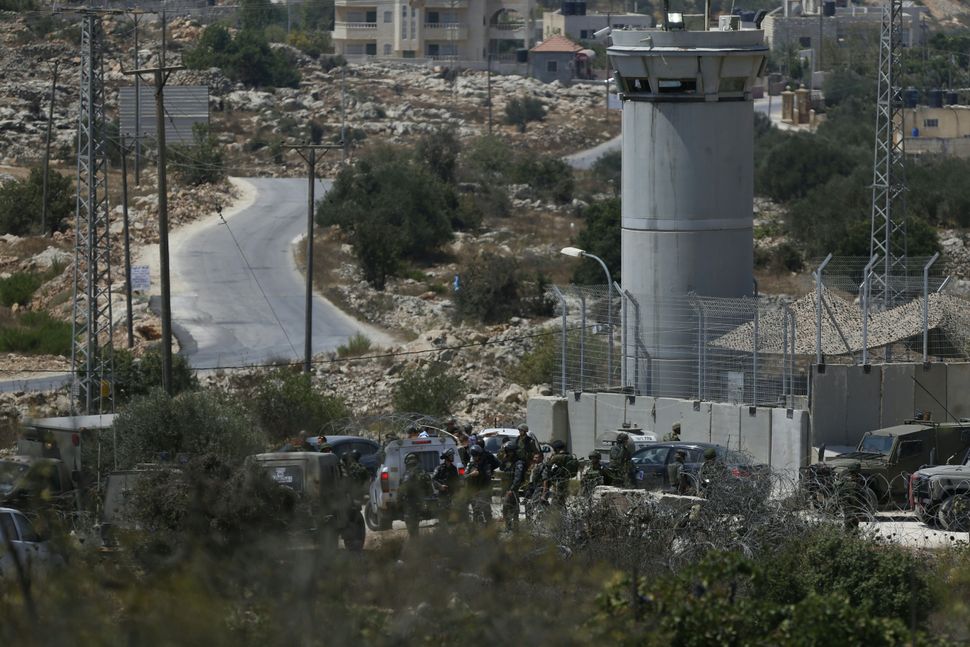 JERUSALEM — The Israel Defense Forces soldier who shot and killed a Palestinian man who charged a West Bank guard post and ignored warnings to stop is being investigated for negligent manslaughter.

The soldier, a member of the haredi Orthodox Netzah Yehuda battalion, was questioned under caution as a suspect in a crime on Sunday, according to reports.

The man who was killed Friday — identified as 38-year-old Iyad Zakariya Hamed, a father of three from the Ramallah area — was not armed. He ignored calls to halt his rapid advance on foot toward the guard post near the West Bank settlement of Ofra, as well as warning shots fired in the air and later in his direction, before the soldiers aimed at his body as per IDF rules of engagement.

The military Criminal Investigation Division is receiving testimony from soldiers present at the scene and is seeking to interview Palestinian witnesses to the incident, Ynet reported. The soldier has not yet been charged with a crime.

“The soldier carried out what was demanded of him and acted in accordance with military instructions in light of the behavior of the Palestinian that aroused his suspicion and the risk he appeared to be posing,” the soldier’s military defense attorney said in a statement.

Hamed’s family told the Israeli daily Haaretz that they plan to sue the Israeli military for his wrongful death.