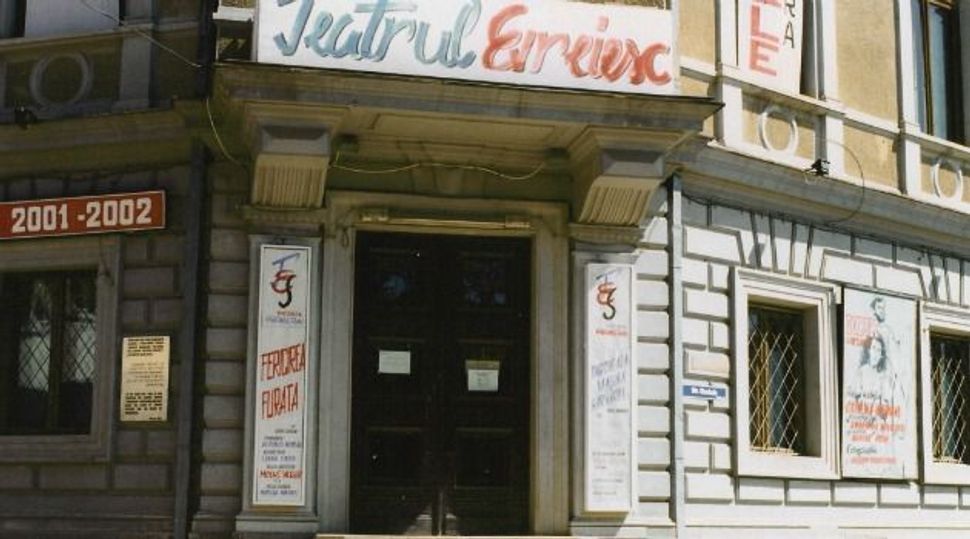 – In the wake of the theft of key pieces of equipment, Romania’s main Jewish theater may not be able to open its 2017 season, the theater’s director said.

The theft of $12,000 worth of equipment occurred last week at a storage unit in Bucharest used by the Hebrew State Theater, Director Maia Morgenstern told Romanian media Sunday.

She told the Agrepres news agency that backdrop and lighting equipment was stolen, adding that she has contacted other theaters to ask for assistance in order to open the 2017 program as scheduled but was not sure whether it will be possible.

“We will see how we can proceed and how we can operate in these conditions. I will find ways in which we continue our work,” she told Agrepres.

The theater, which opened in its current location in central Bucharest in the 1930s, was a major catalyst in the development of Yiddish theater in Romania until the Holocaust and later, the emigration of hundreds of thousands of Romanian Jews.

In 2014, it closed down for months after a snowstorm damaged its dilapidated roof. It was repaired with state subsidies.