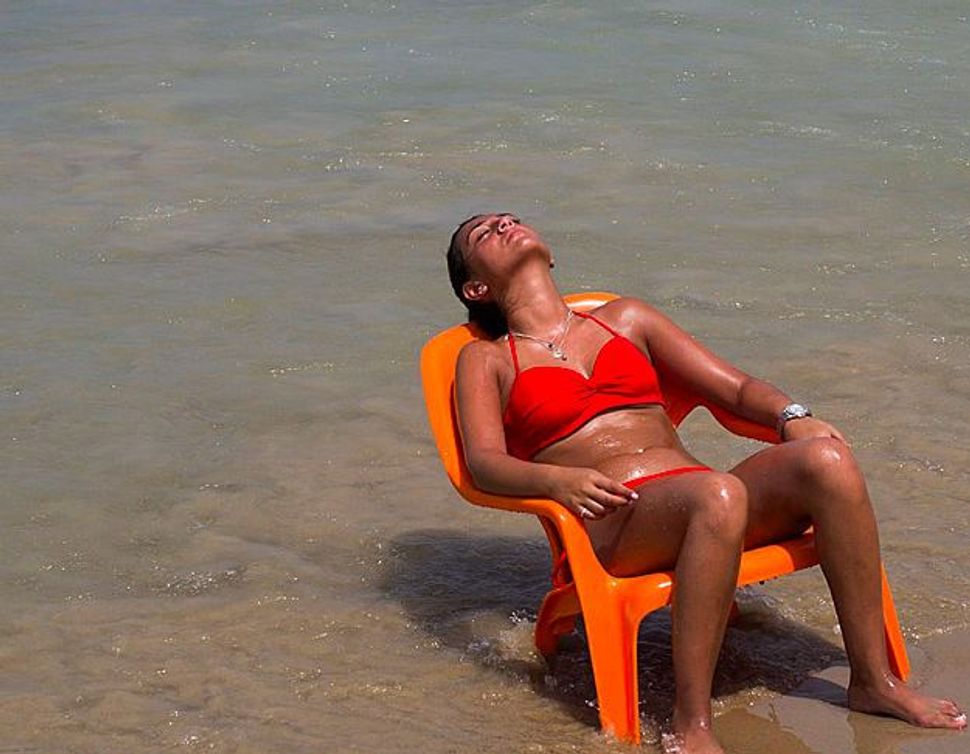 In Israel, where it is fair to say Muslims and Jews do not always agree, there is shared confusion and surprise at events across the Mediterranean: the push by French mayors to ban full-body swimsuits, or “burkinis,” on beaches.

France’s highest administrative court ruled against the ban on Friday, but mayors in several beachfront towns have said they will defy the edict, determined to stop swimwear designed to be Islam-compliant appearing in public.

It is a policy that has drawn some popular support while provoking outrage and ridicule, with editorialists playing up the irony of a liberal country challenging the strictures of Islam by telling women what they cannot wear.

In Israel, there may be profound ideological and political differences between the Jewish population and the near 20-percent Muslim minority, but it has never come down to banning someone’s dress on the basis of religion.

“It is very funny that people think they are so liberal and open and yet they cannot stand other religions and the feelings of other people,” said Ruti Solomon, an Israeli Jewish woman enjoying the sunshine on the beach in Tel Aviv.

Behind her, Muslim women with their bodies and heads fully covered in burkini-like clothing played in the water or relaxed on the sand, with the church spires and mosque minarets of the town of Jaffa in the near distance.

“I’ve heard what’s happening in Europe,” said Shams al-Duha Alayyan, a fully-covered young Muslim woman visiting the coast from Jerusalem. “This is personal freedom. If I want to cover my body, why can’t I cover my body?”

Of course, Israel has its quirks, too. The ultra-Orthodox Jewish population enjoys the seaside as much as anyone else. But they keep separate, not only having segregated beaches but alternating the bathing days for men and women.

North of Tel Aviv, it was women’s day at an ultra-Orthodox beach on Tuesday. Busloads of visitors arrived in full-body swimwear and went down to the beachfront via a security gate, with high fencing all around to keep out prying eyes.

Anat Yahav is the chief executive of SunWay UV Clothing, an Israeli company that supplies modest swimwear to Jews and Muslims in Israel and beyond. Muslim women generally prefer swimsuits with a head covering and Jewish women full-body suits without one, she says.

Either way, business is strong and she cannot understand why the French have decided to kick up such a fuss.

“When I see what’s happening in France, I think we’re very sane here,” she said with a laugh.

France’s move against burkinis follows a series of deadly attacks by Islamist militants that has put the nation on edge. While Israeli beachgoers sympathized about the need to tighten security, they warned against missing the target.

“In France … it is a big problem right now,” said Shiran Rokban, a sunbather in Tel Aviv. “They have to deal with the real thing, not with the burkini and all these things on the beach.”—Luke Baker