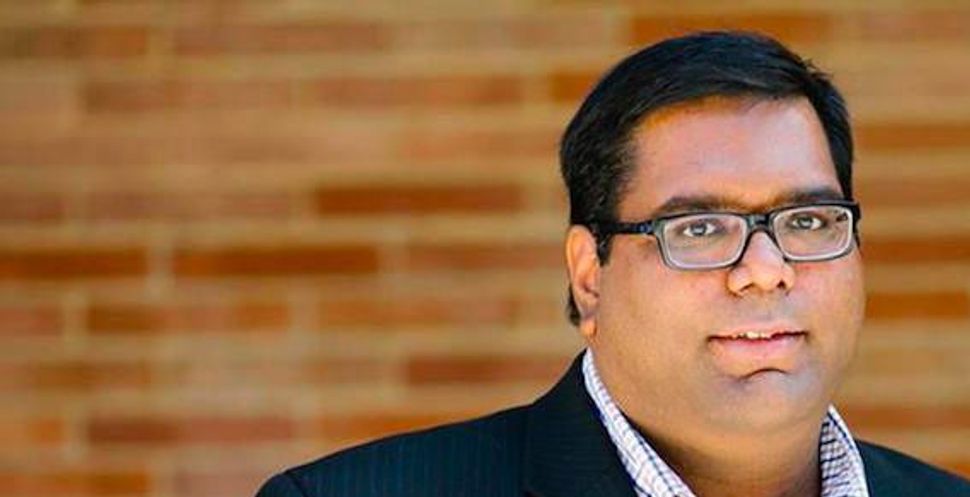 — The former president of the UCLA Graduate Students Association has left the university’s law school over what he calls a “hostile and unsafe campus climate.”

In July, Chatterjee was reprimanded by the university for using his position to threaten to withhold funding for an event if it were used to promote divestment from Israel.

Chatterjee, who is Hindu, threatened to rescind funding for a student town hall last November if pro-Palestinian groups used the occasion to promote divestment from Israel. He said his intention was to maintain the Graduate Student Association’s neutrality in political affairs.

The Discrimination Prevention Office found that Chatterjee acted “outside the authority of the presidency and cabinet to create policy and make funding decisions, among other findings.”

Late last month, Chatterjee sent a letter to UCLA Chancellor Gene Block informing the university that he was leaving in the wake of bullying and harassment by pro-BDS students and organizations. BDS are the initials of the Boycott, Divestment and Sanctions movement against Israel.

The attacks against him came after the 2015 UCLA Diversity Caucus event, whose funding Chatterjee conditioned on its sponsors not associating with the BDS movement.

“I reached out to senior members of your administration many times – for guidance and support to diffuse this situation,” Chatterjee said in an Aug. 24 letter to UCLA Chancellor Gene Block, informing the  university official of his decision to leave the university’s law school. “Furthermore, I believed that these administrators would be especially sensitive given the public outcry caused by similar BDS-led efforts against UCLA students… .”

“I could not have been more mistaken. Your administrators were non-responsive and unhelpful,” he wrote.

He called the UCLA campus “a hostile and unsafe environment for students, Jewish and non-Jewish, who choose not to support the BDS movement, let alone support the state of Israel.”

In a statement sent to the Jewish Journal, UCLA defended its investigation of the incident, which found that Chatterjee violated the university’s “viewpoint neutrality” policy.

“Throughout the entire process, university officials took great care to respect Chatterjee’s rights, to get to the bottom of the issue fairly and to encourage all sides to de-escalate the heated rhetoric surrounding the dispute between Chatterjee and his fellow students,” the Aug. 31 statement said.