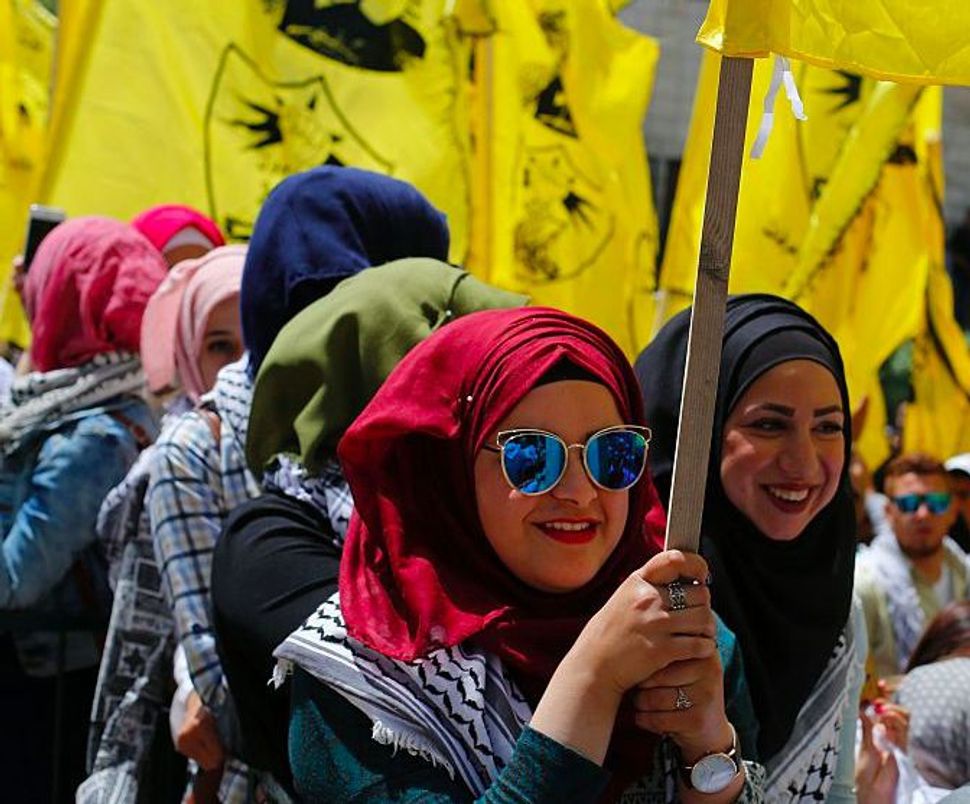 The Palestinian high court in Ramallah has ruled that municipal elections scheduled for Oct. 8 cannot go ahead after a dispute over party lists and the inability to hold the vote in East Jerusalem, which has been annexed by Israel.

The elections would have been the first democratic exercise in the Palestinian territories in a decade. They were being seen as a proxy vote on the popularity of President Mahmoud Abbas and his Fatah party versus the Islamist movement Hamas.

Thursday’s ruling follows court submissions by Hamas in Gaza against party lists drawn up by Fatah. The dispute underlines the legal and political divisions between Abbas’s Palestinian Authority, which governs in the Israeli-occupied West Bank, and Hamas, which has controlled Gaza since 2007.

“Elections can’t take place in one place and not the other,” the presiding judge of the Ramallah court said in his ruling.

“The election can’t take place in Jerusalem and its neighborhoods. Also, there are problems with the formation of courts in Gaza … Therefore, the court decides to stop the election (scheduled for Oct. 8).”

The court will hold another session to consider the issue on Sept. 21, but legal experts said Thursday’s decision was unlikely to be changed, meaning it is almost certain that the municipal elections will not go ahead as planned.

The vote would have been the first involving Hamas and Fatah since 2006, when Hamas won a surprise victory in legislative polls, an outcome that led to a rupture in Palestinian politics and laid the groundwork for the current impasse.

While local elections were held in 2012, voting only took place in a fraction of the West Bank’s 350 municipalities, and Hamas did not recognize the outcome.

“The high court decision is politically motivated and it came in order to rescue Fatah after its lists of candidates collapsed in a number of areas,” said spokesman Sami Abu Zuhri.

More than anything, the stand-off underscores just how divided Palestinian politics has become.

Western-backed Abbas, who is 81 and 11 years into a four-year term, is an unpopular leader, according to opinion polls, but he has no clear successor and there has been no move towards holding new presidential elections.

Some polls show that if parliamentary elections were held tomorrow, Hamas would win them in both Gaza and the West Bank.

If Abbas were to die in office, it is unclear how Palestinian politics would proceed. While the Palestinian Authority, led by Fatah, has security forces working in urban areas of the West Bank, Gaza is entirely under the control of Hamas and its armed wing, the Al-Qassam Brigade, which has fought several wars with Israel since 2006.