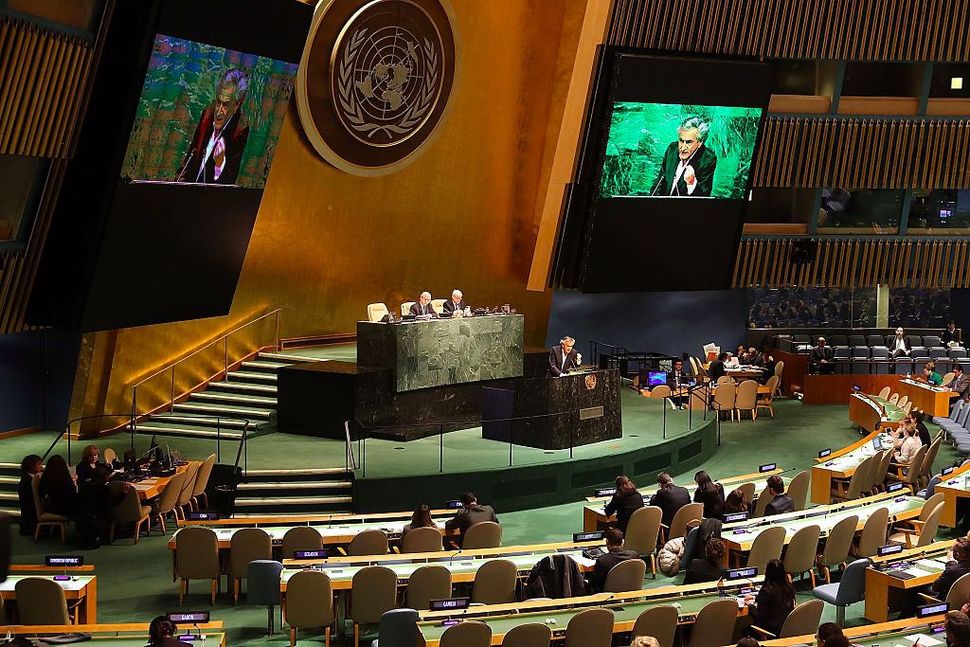 NEW YORK — The United Nations hosted a first-ever high-level forum on anti-Semitism, as U.N. ambassadors criticized the resurgence of anti-Jewish hatred and called for renewed efforts to stop it.

The forum Wednesday followed a General Assembly meeting last year and was sponsored by Israel, the United States, Canada and the European Union. Opening the event, U.N. Secretary General Ban Ki-moon condemned anti-Semitism and then pivoted to criticizing hatred of minorities in general, and of refugees in particular.

“Anti-Semitism is one of the world’s oldest and most pernicious and deadly forms of hatred,” he said. Despite the lessons of history and horrors of the Holocaust, Jews continue to be targeted for murder and abuse solely because they are Jews.”

Israel’s U.N. Ambassador Danny Danon said anti-Semitism was again rising in Europe, and called being anti-Israel “anti-Semitism 2.0.” He also admonished the United Nations for being “another place where some are not ashamed to spread lies and slander about the Jewish people.”

“Today we see and hear things about Jews and the Jewish people that we all thought belonged to the pages of history,” he said. “It seems that anti-Semitism is returning to everyday life without shame.”