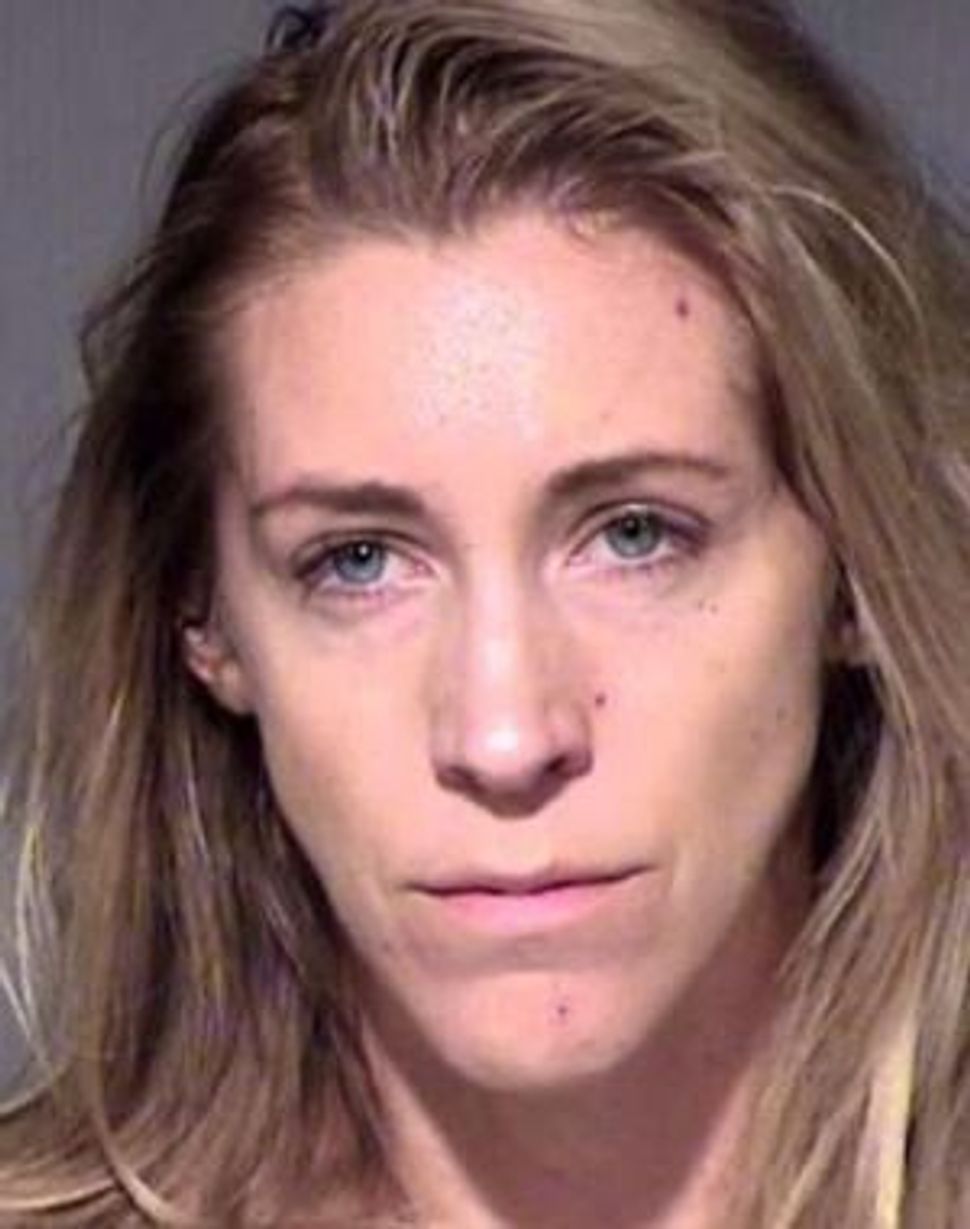 An Arizona yoga teacher accused of baring her breasts at a bar mitzvah party testified that an older boy drugged and sexually assaulted her.

Lindsey Radomski, who is accused of misdemeanor indecent exposure and could face three months in prison, admits she was drunk at the party in Scottsdale and allowed the seven boys to fondle and lick her breasts. Prosecutors also say she performed a sex act on one of the boys.

But she testified at her trial that she was drugged with a date rape drug at the party and has no memory of the night, a local TV station reported.

Prosecutors say drug tests prove she had levels of GHB no higher than would naturally occur in a person’s body. They claim Radomski concocted the date rape drug defense when it became clear she would be charged in the case.

Radomski’s attorney Jocquese Blackwell claimed to a judge that her client had been “raped” by the boys.