Why Do Donald Trump’s Worst Tweets Come on Jewish Holidays — or Shabbat? 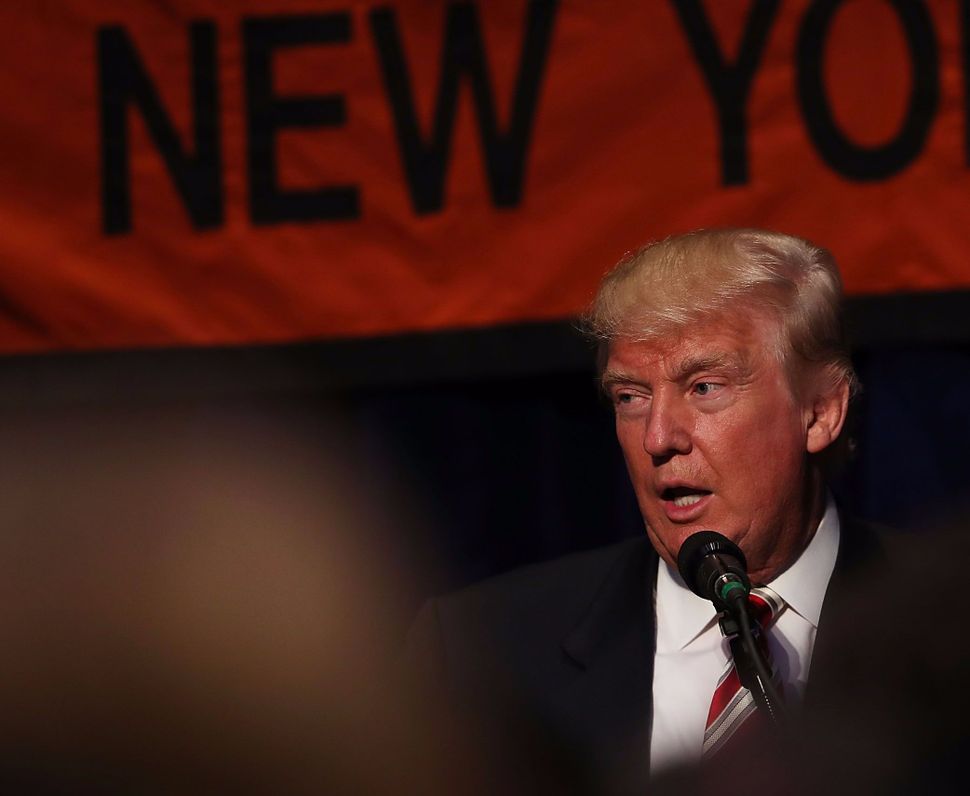 (JTA) — After the shooting death of Dwyane Wade’s cousin in August, Donald Trump , “Just what I have been saying. African-Americans will VOTE TRUMP!”

The previous month, he posted to Twitter a six-pointed star containing the words “Most Corrupt Candidate Ever” stamped on an image of Hillary Clinton and hundred-dollar bills.

A few weeks before that, the Republican presidential nominee responded to the Orlando nightclub massacre with a tweet saying, “Appreciate the congrats for being right on radical Islamic terrorism.”

These tweets have more in common than just being ill-advised. They were also all blasted into the public discourse on Jewish holidays: Shabbat, Shabbat and Shavuot, respectively. And they suggest to at least one friend of Trump’s family that when the Republican candidate’s Orthodox Jewish daughter Ivanka and son-in-law Jared Kushner are off observing the holy days, Trump loses two of his most important filters.

In her profile of Ivanka Trump published Wednesday in the Huffington Post Highline magazine, Hannah Seligson credits the theory to an anonymous friend of the would-be first daughter and her husband. (Seligson’s list also includes the example of a Shabbat tweet of an image of Donald Trump as a train, a meme “tangentially” associated with the white supremacist alt-right movement.)

According to Seligson, the friend’s observation was that “some of Donald’s worst tweets of the campaign” came on Jewish holidays when Ivanka Trump and Kushner were “off the grid.” The couple observes the rabbinic laws that proscribe work or the use of electronic devices, among other things, on Shabbat, Shavuot and other holidays.

“It could be a big problem if the people who make our president not crazy aren’t available one day a week,” the friend told Seligson.

Of course, Trump has sparked outrage on days with no special Jewish significance. This summer alone, he has said gun rights supporters could take action if Clinton, the Democratic presidential nominee, is elected; called President Barack Obama the “founder of ISIS”; suggested the mother of a Muslim-American soldier killed in action was not  “allowed” to speak at the Democratic National Convention, and accused a “Mexican” federal judge of being biased by his background.

Amid public outcry, Trump went on to tweet about all these subjects, in some cases repeatedly. But the controversies didn’t start on Twitter.

If the theory about Jewish holidays is true, then, Ivanka Trump and her husband are most effective at reining in Donald Trump specifically before he gets himself into Twitter trouble. Ivanka Trump “is extremely scared of her father, like everyone else,” an anonymous Trump adviser tells Seligson. “She knows you can’t push him. She knows once he goes off on these things, he won’t back down.”

Kushner, a real estate tycoon in his own right, is “deferential” to Donald Trump too, according to Seligson.

Trump is a prolific tweeter, lobbing thousands of insults at at least 258 different targets on the social network, according to The New York Times’s politics blog, The Upshot.

And tweets he made before the campaign — before, one supposes, Ivanka Trump and Kushner would have started weighing in — have since come back to haunt him.

The concept of global warming was created by and for the Chinese in order to make U.S. manufacturing non-competitive.

In April 2013, Trump criticized Jon Stewart in a tweet, referring to “The Daily Show”  host by his given name, Jonathan Leibowitz. Many observers took that as an anti-Semitic put-down.

And on Wednesday night, Trump was on the defensive during a candidates forum over a tweet he posted in May 2013, suggesting that military rape is the inevitable consequence of putting “men & women together.”

26,000 unreported sexual assults in the military-only 238 convictions. What did these geniuses expect when they put men & women together?

For what’s its worth, all three tweets went out on a weekday.

Why Do Donald Trump’s Worst Tweets Come on Jewish Holidays — or Shabbat?