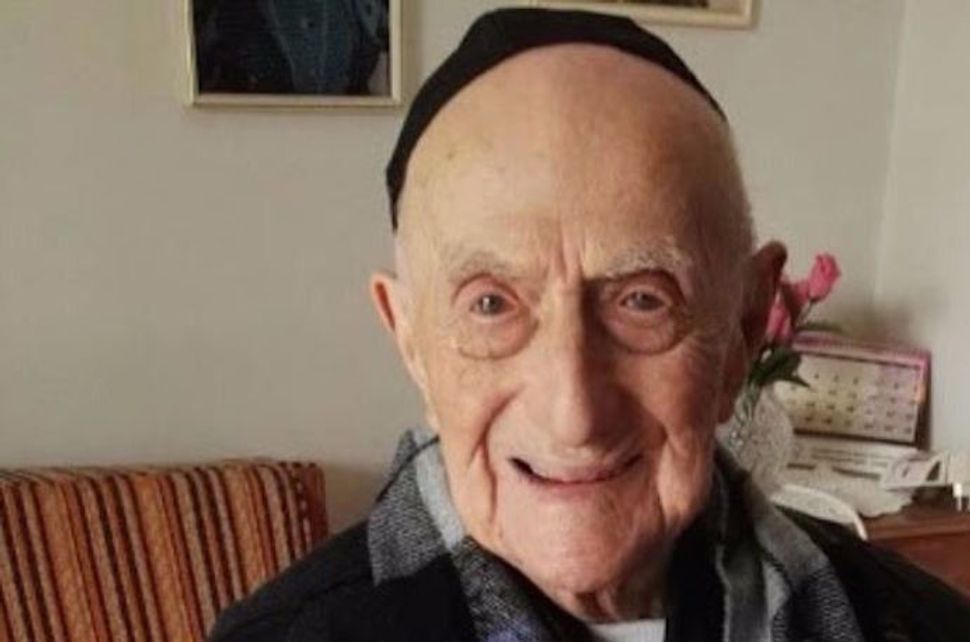 Kristal’s daughter, Shulimath Kristal Kuperstoch, told the DPA news agency that about 100 family members will gather in Kristal’s home city of Haifa in the coming weeks to mark the rite.

Kristal had his birthday last week. He was recognized as the world’s oldest man in March.

He missed his bar mitzvah due to World War I. His father was in the Russian army and his mother had died three years earlier, Kuperstoch said.

Born on Sept. 15, 1903, in the town of Zarnow, Poland, Kristal moved to Lodz in 1920 to work in his family’s candy business. He continued operating the business after the Nazis forced the city’s Jews into a ghetto, where Kristal’s two children died. In 1944, he was deported to Auschwitz, where his wife, whom he had married at 25, was killed.

In 1950, he moved to Haifa with his second wife and their son, working again as a confectioner. In addition to his son and daughter, Kristal has many grandchildren and great-grandchildren.

When asked at the time he was certified as the oldest living man what his secret was to long life, Kristal said: “I don’t know the secret for long life. I believe that everything is determined from above and we shall never know the reasons why. There have been smarter, stronger and better-looking men than me who are no longer alive. All that is left for us to do is to keep on working as hard as we can and rebuild what is lost.”