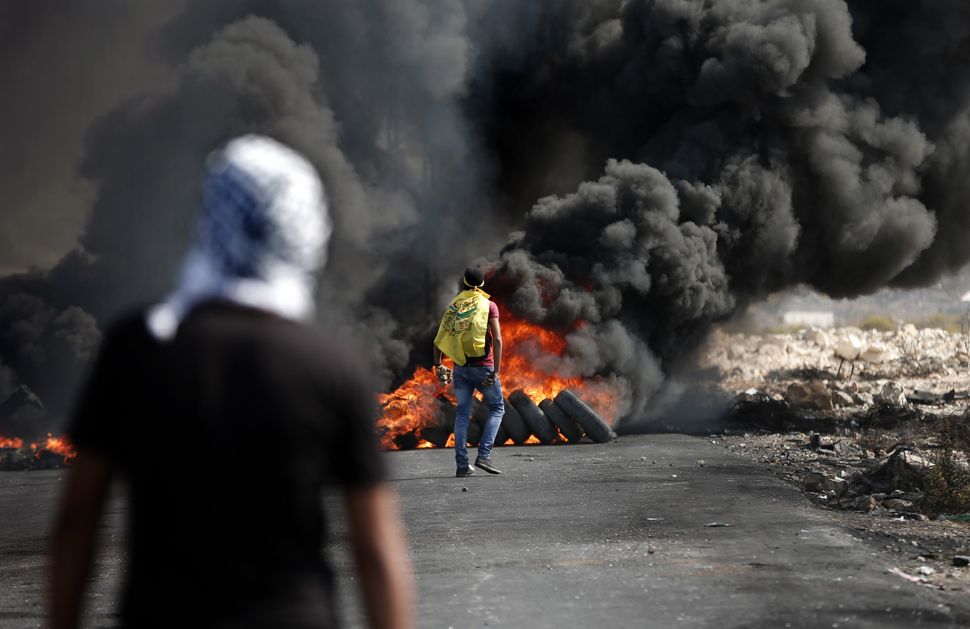 Israeli forces shot dead three Arab assailants in separate incidents in East Jerusalem and the West Bank on Friday, police and the military said, in a flare-up of a nearly year-old wave of Palestinian street attacks.

With most anti-Israeli assaults carried out since October by individuals without any central guiding hand, it was difficult to gauge why violence had surged on Friday. The frequency of what had been near-daily attacks had slowed in recent months.

At the heavily-patrolled Damascus Gate, a main entrance to Jerusalem’s walled Old City, a knife-wielding man attempted to stab police officers and was shot dead by Israeli forces, a police spokesman said.

He was identified by police as a resident of Jordan. It was not immediately clear if he was a Jordanian national.

The military said in a statement that a car carrying two Palestinians rammed into a civilian bus stop at a junction near the settlement of Kiryat Arba, outside the town of Hebron in the occupied West Bank.

“In the attack, three civilians were injured. In response to the immediate threat, forces at the scene fired at the vehicle, resulting in the death of one of the assailants while the other was wounded,” the statement said.

Several hours later, a Palestinian stabbed an Israeli soldier at a junction near Hebron, and forces at the scene shot the attacker dead, the military said.

At least 214 Palestinians have died in violent incidents since October in the West Bank, East Jerusalem and the Gaza Strip. Of them, 143 were identified by authorities as assailants while others were killed during clashes and protests.

Palestinians, many of them acting alone and with rudimentary weapons, have killed at least 33 Israelis and two visiting Americans in attacks that have waned in recent months.

Earlier in the day, a Palestinian who was shot during an Israeli army raid on Thursday near Hebron died of his wounds, the Palestinian Health Ministry said. The military said troops fired at him while he was fleeing arrest.

In a statement, the Palestinian presidency called the killings “crimes … that confirm once again that the Israeli government is pursuing a policy of escalation” and ignoring international peace efforts.

Palestinian leaders say assailants have acted out of desperation over the collapse of peace talks in 2014 and Israeli settlement expansion in occupied territory that Palestinians seek for an independent state, with East Jerusalem as its capital.