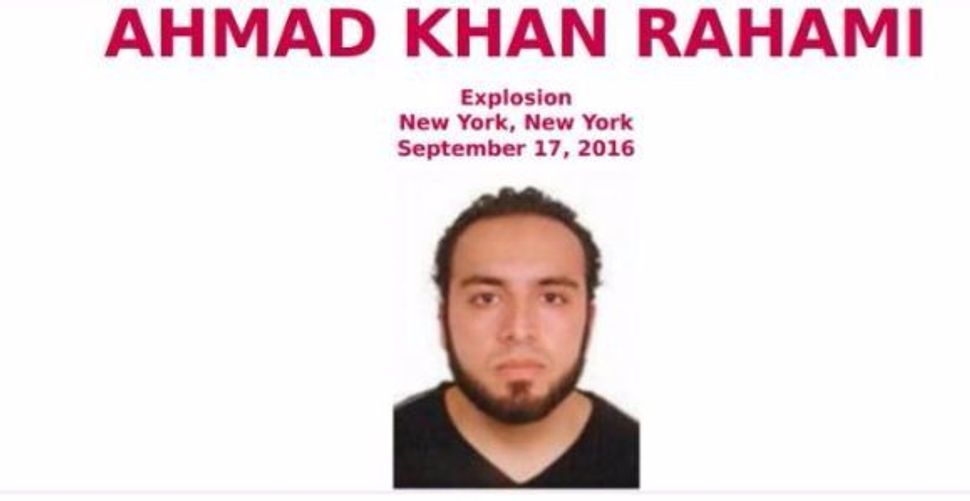 An Afghanistan-born American suspected of carrying out the weekend bombing in New York City that wounded 29 people and planting other bombs in New York City and New Jersey was in custody after a gun battle with police on Monday.

Ahmad Khan Rahami of Elizabeth, New Jersey, a 28-year-old naturalized U.S. citizen, was captured in Linden, New Jersey, about 20 miles (32 km) outside New York, Elizabeth Mayor Chris Bollwage told reporters. He said two officers were shot and that Rahami was wounded and taken by ambulance to a local hospital.

The attacks came as world leaders prepared to gather at the United Nations in New York for the annual General Assembly this week, just days after the 15th anniversary of the Sept. 11 attacks.

The motive behind the bombings was not immediately clear, though New York Governor Andrew Cuomo described it as an apparent act of “terrorism.” The United States has seen a series of large-scale attacks, including mass shootings in Orlando, Florida, and San Bernardino, California, over the past year.

“Yesterday there was no hint of any connection foreign terrorism…. But there may very well turn out to be a link to foreign terrorist organizations, and that we’ll find out today or in the coming days,” Cuomo told a news conference in New York on Monday.

Police in Linden received a call about a man sleeping in a doorway and when one officer, who recognized the person as the bombing suspect, tried to rouse him, Rahami opened fire and hit the officer in the abdomen. The officer was wearing a bullet proof-vest, said Linden Police Captain James Sarnicki.

Rahami also fired through the windshield of a patrol car, wounding another officer. The wounds to both officers are not thought to be life-threatening, he said.

Local resident Romel Johnson, 46, said he was near the scene and heard about 10 to 12 gunshots in Linden, followed by the arrival of more police cars and an ambulance.

Earlier on Monday, New York police had released a photo of Rahami and said they wanted to question him about a Saturday night explosion in Manhattan’s Chelsea neighborhood and for a blast earlier that day in Seaside Park, New Jersey, authorities said.

In addition to the two incidents, officials are probing a backpack containing bombs found in a New Jersey train station on Sunday, and an unexploded pressure-cooker bomb located blocks away from the Chelsea blast site.

No one was injured in the other blasts.

As reports of Rahami being taken in custody were being released, U.S. President Barack Obama said he saw no connection between the explosions and a separate weekend incident where a man stabbed nine people at a mall in central Minnesota before being shot dead.

He said authorities are investigating the stabbing as a potential act of terrorism.

The man in the Minnesota incident, who has not been officially identified, was described a “soldier of the Islamic State,” the militant group’s news agency said on Sunday.

“At this point, we see no connection between that incident and what happened here in New York and New Jersey,” Obama, who was in New York for the U.N. meeting, told reporters. He added he had spoken to Minnesota Governor Mark Dayton.

“The FBI is investigating the Minnesota incident as a potential act of terrorism. We will direct the full resources of the federal government to make sure that the investigation goes forward aggressively,” he said.

Federal authorities believe that the explosion in Chelsea, where another explosive device was found nearby, was linked to as many as six explosive devices found just outside New York in Elizabeth, Homeland Security officials told Reuters.

No one was injured in the Saturday morning explosion along the route of a running race in Seaside Park, about 60 miles (97 km) south of Manhattan, New Jersey State Police said.

Before the suspect was captured, the two U.S. presidential candidates weighed in on the New York bombing.

“I think this is something that maybe will … happen more and more all over the country,” Republican nominee Donald Trump said in an interview with Fox News on Monday.

Democratic nominee Hillary Clinton said the United States needed to work with its allies to combat global terrorism and that the country should launch an “intelligence surge” to detect attacks before they are carried out.

A Federal Bureau of Investigation poster described Rahami as a resident of Elizabeth, where agents were executing a search warrant on Monday morning after explosive devices were found at a train station in that city, Mayor Bollwage told CNN.

The raid in Elizabeth came hours after an explosive device left near a train station there blew up when a bomb squad robot cut a wire on the mechanism, the mayor said. It was one of as many as five potential bombs found at the site.