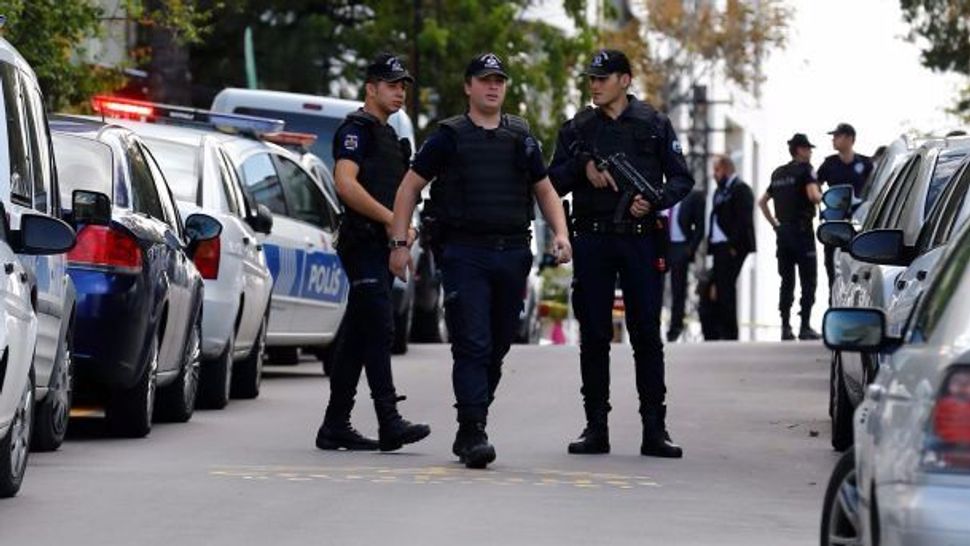 A suspected assailant was shot and wounded near the Israeli embassy in the Turkish capital Ankara on Wednesday, an Israeli Foreign Ministry spokesman and Turkish police said.

“The staff is safe. The attacker was wounded before he reached the embassy,” the spokesman said in a text message. “The assailant was shot and wounded by a local security man.”

Broadcaster CNN Turk said the suspect, whom it described as mentally unstable, had attempted a knife attack.

Turkish police told Reuters the assailant shouted “Allahu akbar,” or “God is Greatest,” outside the embassy before he was shot in the leg.

Police were examining his bag but had so far not attempted to detonate it, a Reuters cameraman at the scene said. The area outside the embassy had been cordoned off.

The assailant was apprehended at the outer perimeter of the secured zone around the embassy, the Israeli spokesman said.

Private broadcaster NTV identified the suspect as a man from the central city of Konya.

It was not immediately clear if there was a second would-be assailant, but Turkish media reports had initially suggested that there had been two attackers.

Turkey faces multiple security threats, including Islamic State militants, who have been blamed for bombings in Istanbul and elsewhere, and Kurdish militants, following the resumption of a three-decade insurgency in the mainly Kurdish southeast last year.