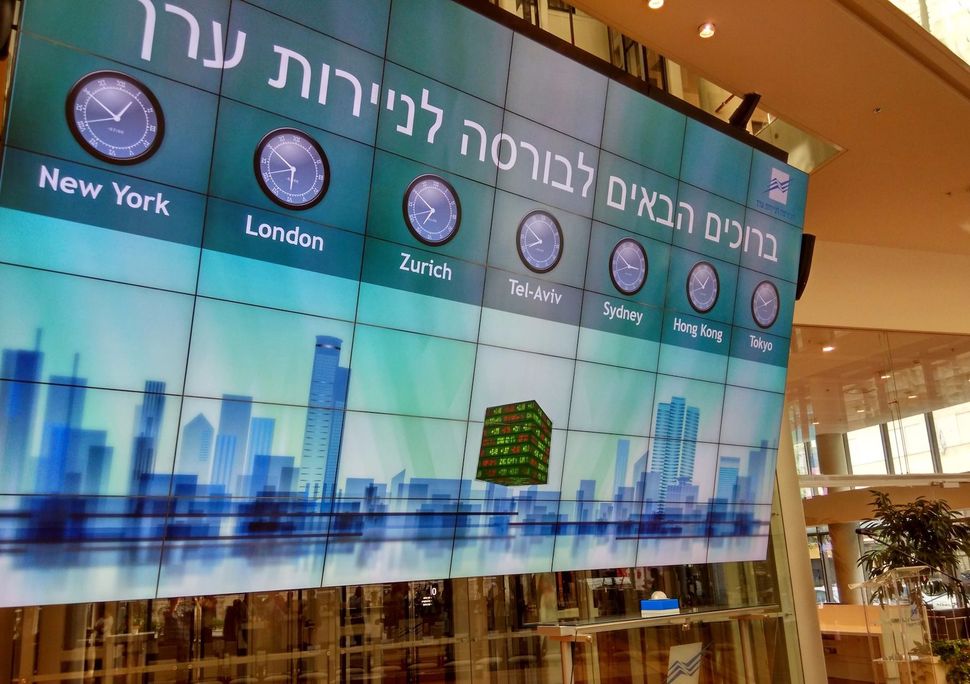 The Tel Aviv Stock Exchange (TASE) must make significant changes to its structure, regulations and image or it will run itself out of business, a senior Nasdaq OMX official said on Wednesday.

The U.S. bourse cooperates closely with TASE on various issues and earlier this year the two exchanges agreed to create a private market to support small Israeli growth companies.

While Israel is home to a flourishing start-up sector many of those companies opt to be sold or ultimately list on New York’s Nasdaq rather than go public in their home market.

TASE, which is struggling with falling trading volumes and a declining number of listed companies, is in the process of a demutualisation plan that has already been approved by the bourse’s members and Israel’s cabinet.

“They have to move forward quickly and successfully or there won’t be a stock market. I truly, truly believe that,” Meyer Frucher, vice chairman of Nasdaq OMX, told a conference at Ono Academic College in Israel.

He said the Israeli exchange needs to open itself to new ideas and to “trade everything.”

The demutualisation plan, which still needs parliament’s approval, aims for TASE to be more competitive, enable it to cooperate with foreign exchanges and end Israeli banks’ control over the exchange.

Many companies have complained that new regulations since the 2008 financial crisis keep them from listing on TASE.

“Whether it’s true or not there is a perception of over-regulation. But it doesn’t matter because it’s a barrier,” Frucher said.

Under the demutualisation plan, announced in 2014, member brokerages and Israeli and foreign banks including Citicorp, UBS and HSBC would become shareholders. It would also separate between ownership and companies on the bourse.

Trading volumes this year have averaged 1.25 billion shekels ($331 million) a day, down from 1.45 billion in 2015 and 2 billion in 2010. The number of companies listed on the bourse has dropped by 200 over the past decade to 454 while there are very few public share offerings.

Rather than raise money on TASE, many high-tech companies have been sold to large foreign ones, which has led to a steep drop in Israel’s intellectual property.

Shmuel Hauser, head of Israel’s securities regulator, admitted the stock market was “in a battle of to be or not to be.”

“It is clear to all of us that if we don’t change the negative dynamics of the stock exchange, the situation could worsen,” he told the conference.

Recently approved measures that provide incentives to smaller companies and tech firms, such as tax benefits, being able to report in English and eliminating quarterly reports for smaller firms, may change the dynamic, while cutting trading fees should also bring boost trading, he said.—Reuters